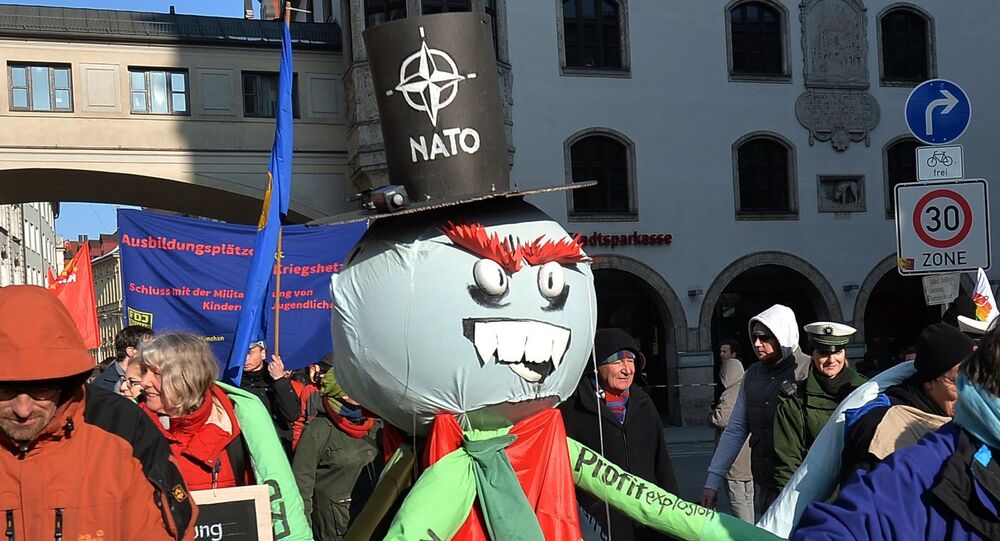 NATO is rethinking its military strategy in Eastern Europe, beefing up its military presence and evoking the outdated specter of the Cold War, prompting rapid militarization of the region and escalation of tensions with Russia.

© REUTERS / Eric Vidal
NATO Crying Wolf Over Russia's Phantom Menace, But No One Believes
NATO has shifted its military strategy in the wake of the Ukrainian crisis and is now restarting its war machine in Europe in order to deal with Russia's imaginary threat.

Through a series of joint military exercises as well as supplies of heavy offensive weapons to its "nervous" European allies, Washington and NATO are planning to "deter" Russia's "potential aggression," British journalist and author Geoff Dyer points out.

© Flickr / Devin Ford
You Can't Win Them All: This Time US May Lose New Arms Race
The US is bolstering its defenses all along NATO's eastern frontier: the Obama administration has signaled this week that it will deploy tanks and other heavy weaponry in six Eastern European countries, from Estonia in the north to Bulgaria in the south. Furthermore, NATO is also planning to relocate combat brigades from the US and Western Europe to Eastern European countries.

The journalist emphasized that at the same time NATO has kicked off "a substantially increased" program of joint military exercises in the region. In particular, in recent weeks American troops have carried out their "first ever live-fire" military drills with tanks in Bulgaria, Estonia and Lithuania.

NATO's current strategy is to "protect" its allies in the east with rapid response forces which are comprised of troops from its member states.

"However there are several reasons to question the Atlantic alliance's commitment to its new self-defense mission," the author stressed, adding that "the byproduct [of NATO's new strategy] is a creeping militarization of both eastern Europe and the western relationship with Russia."

© AP Photo / Alik Keplicz
It's All About NATO: Pentagon Seeks Further NATO Expansion Toward Russia
Since the end of the Cold War European counties' military budgets have been substantially reduced. The global financial crisis that dealt a heavy blow to the EU economy resulted in further cuts in military spending.

For instance, Germany's armed forces, the Bundeswehr, abolished compulsory military service and drastically diminished the number of tanks and artillery. According to some reports, the German army now possesses only one-tenth of the number of tanks it had 25 years ago.

At the same time polls show the lack of willingness to defend other NATO members from Russia's "threat" among Western citizens. After decades of peace no one is taking US-NATO propaganda campaign about "the Russian menace" seriously.

"The same is increasingly true for the relationship with Russia," he noted, adding that the West and Russia are now communicating through military signaling and "the chances of an accident that could escalate" are now greater than during the Cold War, the journalist warned.