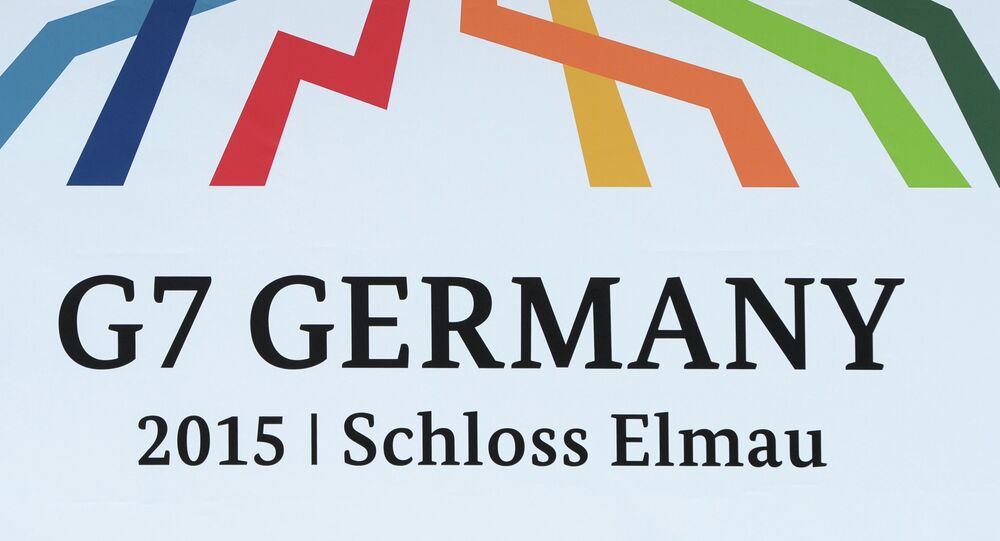 G7 countries are set to discuss issues affecting global security, economy and foreign policy during the 41st summit due to take place in Bavaria’s Schloss Elmau hotel, outside Munich.

MOSCOW (Sputnik) — The leaders of the Group of Seven (G7) countries are set to discuss issues affecting global security, economy and foreign policy during the 41st summit of the world's leading advanced economies due to take place in Bavaria’s Schloss Elmau hotel, outside Munich, on June 7-8.

Other key issues on the agenda include marine governance, antibiotic resistance, poverty-related diseases and the deadly Ebola virus.

The G7 leaders will also discuss retail and supply chain standards as well as empowering self-employed women and women in vocational training.

© REUTERS / Hannibal Hanschke
Over 3,500 Activists Gathered in Anti-G7 Rally in Germany
US President Barack Obama is expected to urge EU leaders to back the extension of anti-Russia sanctions, imposed on Moscow, last year, over its alleged involvement in the armed conflict in eastern Ukraine.

In 2014, the G8 format became the G7 after the other nations voted to suspend Russia from the organization soon after the Black Sea peninsula of Crimea rejoined Russia following a referendum, not recognized by the West.

Following the move, Western leaders cancelled their plans to attend the 2014 forum in the Russian resort of Sochi and held a meeting in Brussels instead.

Russia will not take part in the summit for the second consecutive year after first joining the group in 1997.