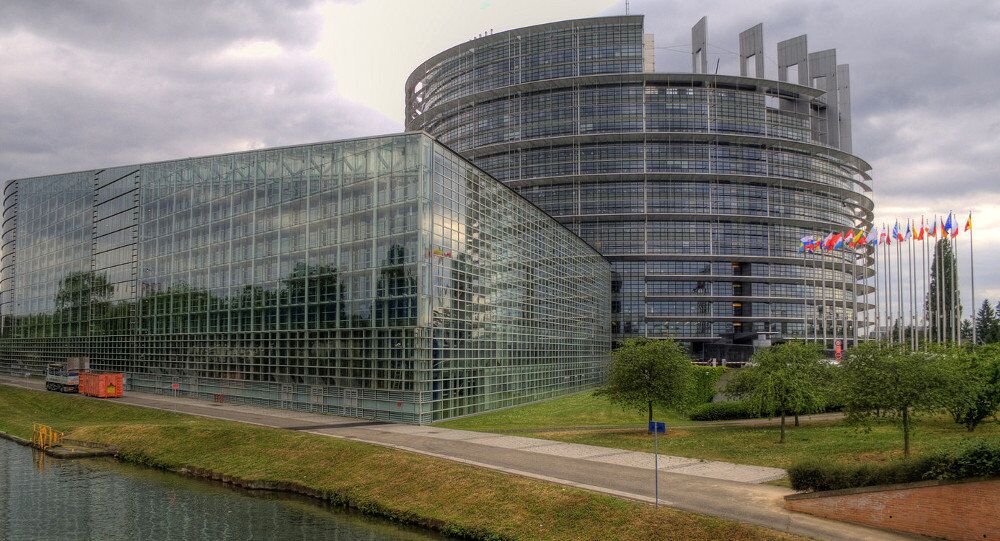 A proposed declarative resolution by a group of MEPs has called on the European Union to step up sanctions against Russia, provide Ukraine with weaponry and further strengthen NATO forces in Eastern Europe, should Russia refuse to return Crimea to Ukraine or fail to abide by the Minsk ceasefire, a press statement for the body stated Tuesday.

The aggressively worded document, drafted Monday and liaised by Romanian MEP Ioan Pascu for the parliament's Committee on Foreign Affairs, warns that Russia's increased military presence in Crimea should prompt EU nations to strengthen their military capabilities, adding that NATO must give its East European members a "strong strategic reassurance."

Commenting on the proposed resolution, Pascu suggested to the EU's news service that the strengthening of Russian defense capabilities in Crimea is "in practice creating another launching pad, of the proportions of Kaliningrad, this time in the Black Sea." The MEP threatened that "in one year the defensive force which existed there has been transformed into a strike force…with which Russia can threaten Central Europe, the Balkans, Southern Europe and also [the] Eastern Mediterranean and even the Middle East."

© Sputnik / Vladimir Pesnya
Russia Did More for Crimea in 1 Year Than Ukraine Since Soviet Fall - Crimean Official
Supported by MEPs from Lithuania, Estonia, Poland and Spain, the belicose resolution, pending Foreign Affairs Committee approval, also accuses Russian authorities of mistreating the Crimean Tatars. Furthermore, it suggests that Russia may next move to cut off Ukraine from the Black Sea entirely by annexing its coastal territories. Pending approval, the belligerent document will face a vote at the parliament's upcoming session in June, asking "EU member states to speak with one united voice," regarding "EU relations with Russia."
...
Reddit
Google+
Blogger
Pinterest
StumbleUpon
Telegram
WhatsApp
762

Russia to Work With EU Partners if Sanctions Not Extended - Lavrov