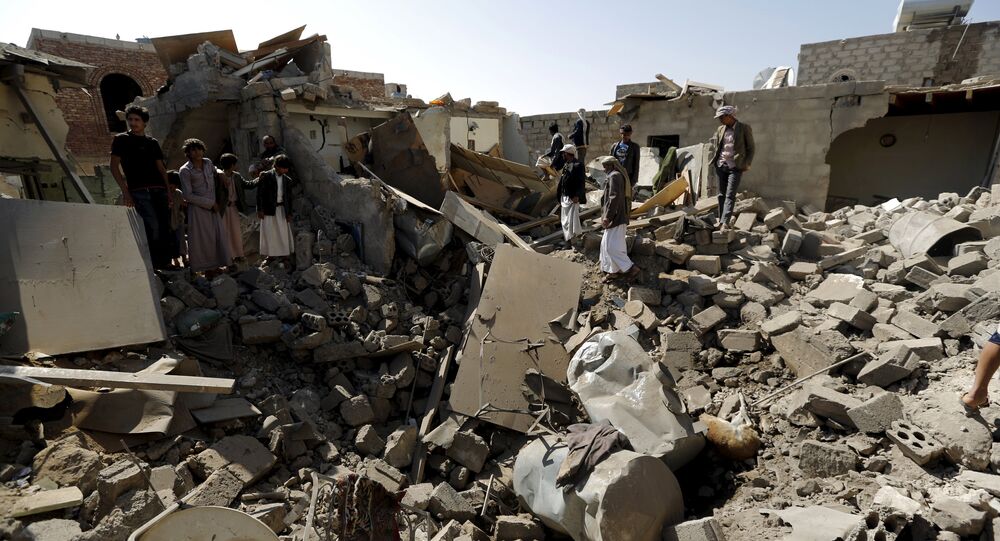 Ali Abdullah Saleh's supporters are fighting alongside the Houthi militia, who are currently in control of large parts of Yemen, including capital Sanaa.

© Sputnik / Faisal Al Shabibi
Coalition Airstrikes in Yemen May Force Houthis to Attack Saudi Arabia
MOSCOW (Sputnik) — The Saudi Arabian Ambassador to the United States said Thursday that there was no role for former Yemeni President Ali Abdullah Saleh in the country.

Saleh's supporters are fighting alongside the Houthi militia, who are currently in control of large parts of Yemen, including capital Sanaa.

"We don't believe that President Saleh has any role to play in Yemen's future. He spent 35 years or so driving the country into the ground. And he played a very dark role in the events in Yemen," Adel Jubeir said.

© REUTERS / Nabeel Quaiti
Dozens of Foreign Troops Disembark at Yemeni Aden Port - Reports
The ambassador added that Saleh was "causing mischief behind the scenes" despite being "removed" from power.