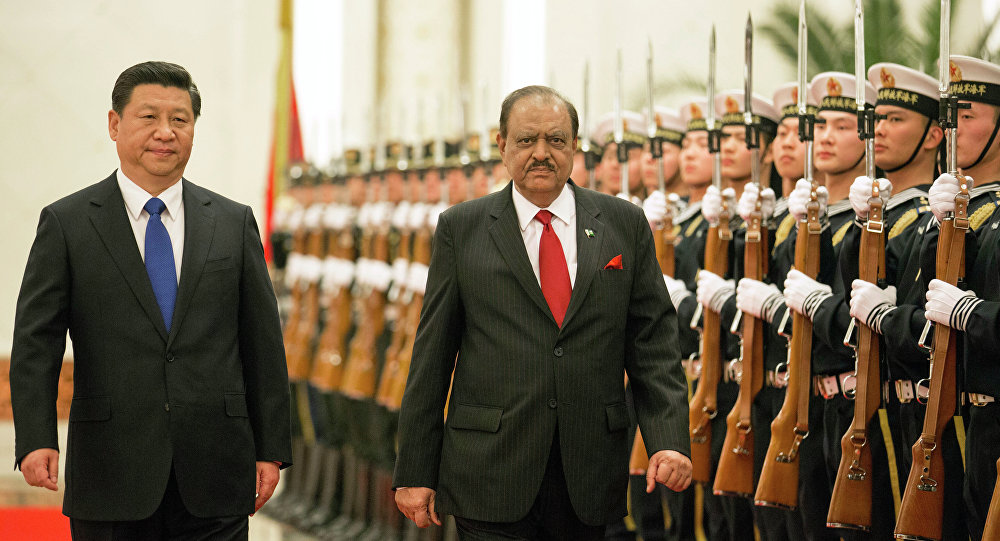 Becoming a full member of SCO would enable Pakistan to “play a more significant and proactive role,” benefiting all member states and the entire region, president Mamnoon Hussain said.

“Pakistan has been an active Observer in the SCO. All eyes are set on the forthcoming SCO Summit in Ufa [Russia] in July, where important decisions will be taken, including the induction of new full members. We hope that relevant procedures will be completed in time for Pakistan’s inclusion in the organization as full member,” Hussain said.

© Flickr / US Air Force
US Drone Strikes in Pakistan Breed Terrorism - President to Sputnik
The president added that the SCO is an important forum for security and stability, constituting “all the important countries of the region.”

Hussain also thanked his Russian counterpart, Vladimir Putin, for his and Russia’s "continued and consistent support for Pakistan’s entry into the SCO as a full member.”

Becoming a SCO member would enable Pakistan to “play a more significant and proactive role,” benefiting all member states and the entire region, the president said.

In addition, Belarus, Turkey and Sri Lanka are so-called dialogue partners, seeking to establish mutually beneficial partnerships within the organization.