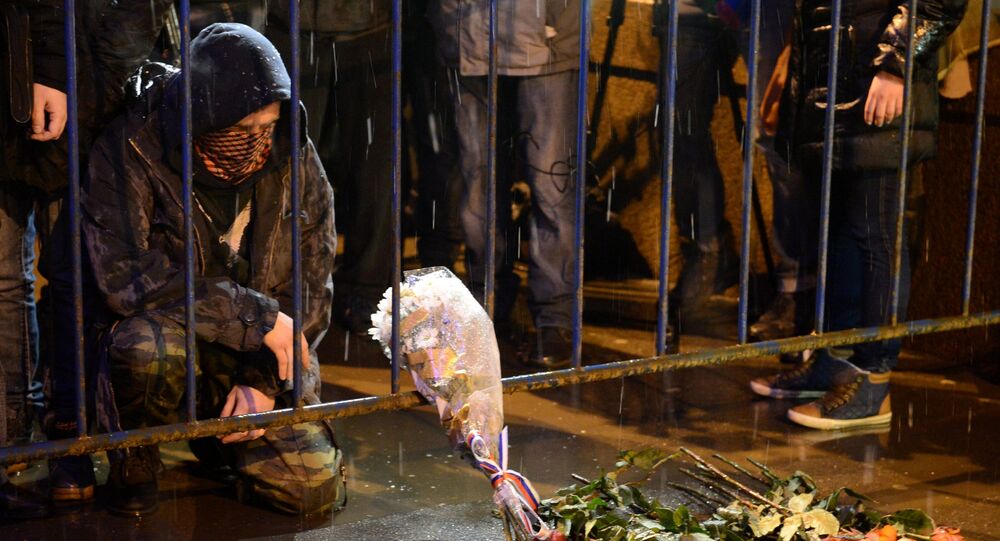 Kerry asserted that Nemtsov committed his life to a more democratic Russia, and to strong relationships between Russia and its neighbors and partners, including the United States.

"I am shocked and saddened to learn of the brutal murder of former Russian Deputy Prime Minister Boris Nemtsov in central Moscow," Kerry said in the Friday statement. "The United States urges the Russian authorities to act expeditiously to investigate and bring to justice those responsible," he added.

Kerry asserted that Nemtsov committed his life to a more democratic Russia, and to strong relationships between Russia and its neighbors and partners, including the United States.

"His absence will be deeply felt in Russia and around the world," Kerry's statement said.

Nemtsov, who served as Russian deputy prime minister under the country's former President Boris Yeltsin, voiced opposition to the current Russian government, Russian President Vladimir Putin and his policies, although the politician was more involved in business than politics in recent years.

© Sputnik / Iliya Pitalev
US Senator McCain Saddened by Nemtsov Murder in Moscow
According to the Russian Interior Ministry, Nemtsov was killed at 11:40 p.m. Moscow time on Friday (20:40 GMT), when several shots were fired at him from a passing car, while he was walking with a female companion from Ukraine in central Moscow.

Kremlin spokesman Dmitry Peskov announced that Russian President Vladimir Putin considers the murder a provocation suspecting that it was a contract killing.

Nemtsov was killed one day ahead of the Vesna (“Spring”) opposition rally planned to be held in Moscow on March 1.

US Senator McCain Saddened by Nemtsov Murder in Moscow