US Senator McCain Saddened by Nemtsov Murder in Moscow 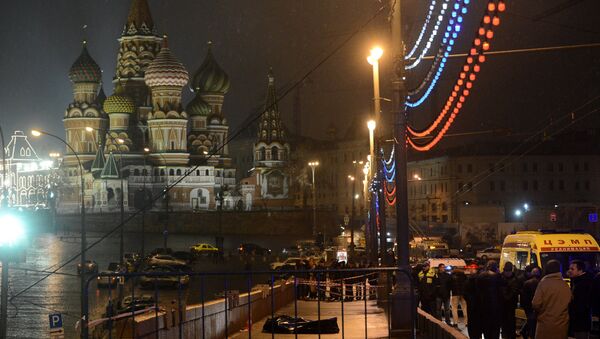 Russia
Nemtsov’s Political Activity One of Motives Behind His Murder, Lawyer Says
WASHINGTON (Sputnik) — US Senator John McCain was disheartened to receive news of the Russian opposition politician Boris Nemtsov’s murder, according to the senator’s tweet.

“Very saddened,” McCain wrote on his Twitter account in response to news of Nemtsov’s death on Friday.

Nemtsov was killed in Moscow at 11:40 pm on Friday, Moscow time (20:40 GMT), after four shots were fired in his back while he was walking with a female companion cross the Zamoskvoretskiy bridge, according to the Russian Interior Ministry.