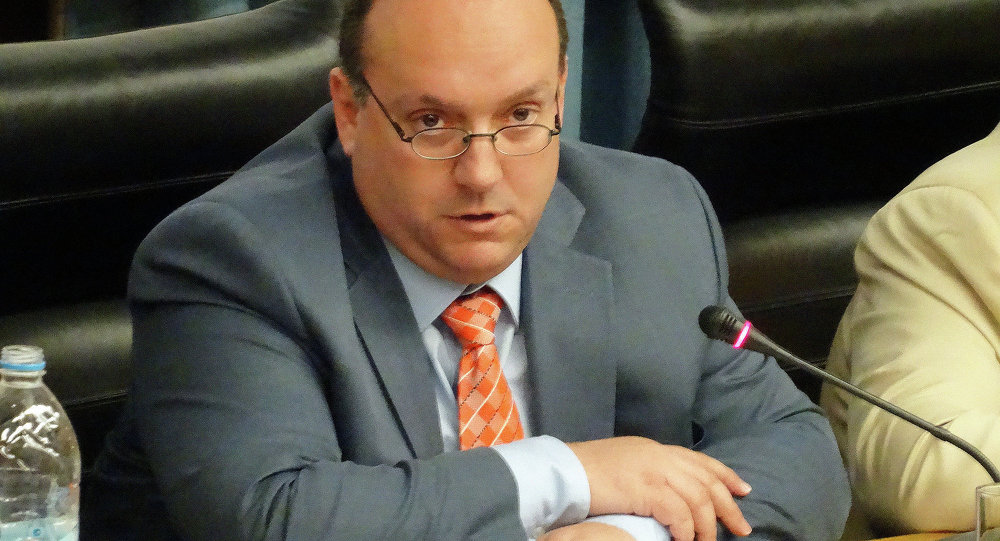 "Any defense system that we receive from the US could be destroyed or deactivated at a critical moment, such as an imminent war with Turkey or the Imia incident," Iliopulos said, referring to a 1995 crisis in the Aegean Sea in which a territorial dispute over an island between Greece and Turkey nearly grew into an armed conflict when both sides' militaries landed on it.

Iliapulos added that Russian weapons systems, which he considers some of the best in the world, can fulfill Greece's defense needs and that the country has previously made two arms deals with Russia buying Tor-M1 and S-300 air defense systems.

© AP Photo / Petros Giannakouris
Majority of Greeks Approve Russia's Leadership Over EU's
"Today we have a new government in which both parties — Syriza and Independent Greeks (ANEL) have announced that they want to have a diversified foreign policy and deeper ties with Russia. In this sense, there is room for cooperation," Iliopulos said.

Iliopulos also said that the Greek people and parts of the political establishment believe that Russia can help Greece sail through its financial dire straits, in exchange for military cooperation.

Ilias Iliopulos is a lecturer at Greece's National Defense School, the country's highest defense educational institution, and a former analyst at the Greek Ministry of Defense. He is also the former Chair of the Political and Strategic Studies Department at the Baltic Defense College in Tartu, Estonia.