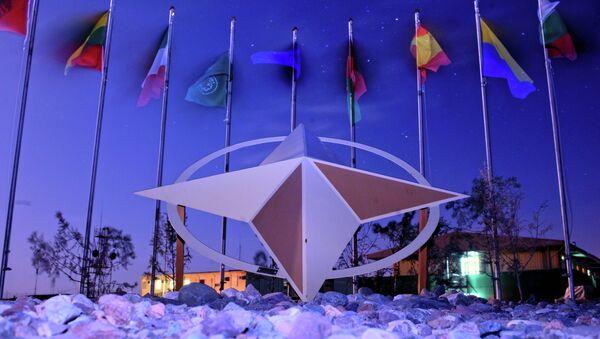 Greek Defense Chief Accuses Germany of Taking Over EU, NATO
Greece's possible exit from NATO, as hinted at by Syriza from time to time, would upset the entire international order and dramatically weaken the military organization in the Mediterranean, says Italian newspaper il Giornale.

In his op-ed, il Giornale columnist Ignazio Stagno notes that Syriza's anti-NATO program "serves as a bomb, ready to explode in the international geopolitical game." The closure of NATO bases in Greece, along with the country's exit from its military role within that organization, could scramble all the cards held by the organization, Stagno believes.

He notes in particular the importance of Crete's Souda Bay air and naval base, which serves as an important missile testing installation, and as "a focal point for NATO operations in Africa, and an old bulwark against the former Soviet Union." Stagno notes that other "risky behavior" by Tsipras may result in the exit of Greek forces from Afghanistan and the Balkans, the abrogation of agreements on military cooperation agreements with Israel, assistance in the creation of a Palestinian government along the 1967 borders, and a renegotiation and review of agreements signed with Turkey.

President Putin Invites New Greek PM Tsipras to Visit Russia
"The sum total of these sharp actions indicates a desire to move away from the West by Greece," Stagno notes, adding that the move may indicate the creation of "a new axis…between Russia and Greece." The columnist cites Greek Defense Minister Panos Kammenos' invitation to Moscow to meet with his Russian counterpart, Sergei Shoigu, to discuss Russian investments in Greek ports and energy infrastructure. "Completing the picture of the new balance is the financing by Putin of a great Russian monastery on Mount Athos," Stagno writes.

"If [Greek Prime Minister Alexis] Tsipras remains zealous, it is highly likely that we will receive a mini-Cuba right on our borders," the columnist ominously warns.

Earlier this week, Kammenos voiced his irritation over Germany's alleged attempts to take over the institutions of the European Union, along with NATO. "The behavior and remarks by German politicians, who are acting as the sole voice of the EU institutions and NATO, are not just unacceptable, it is blackmail," Kammenos had said in a statement obtained by RIA Novosti.