US President Barack Obama and French President Francois Hollande discussed the deadly terrorist attacks in Paris on January 7-8 over the phone on Tuesday. 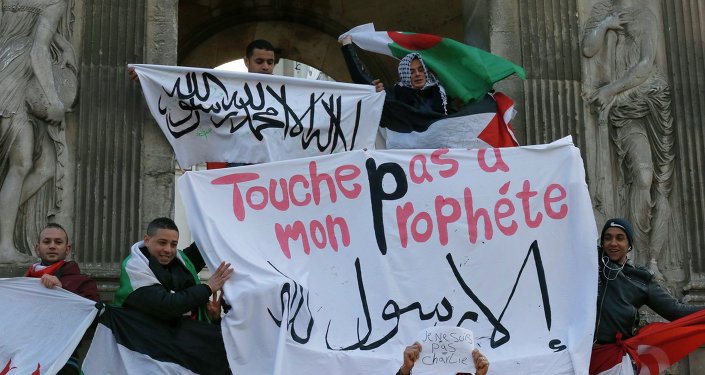 © REUTERS / Pascal Rossignol
French Flags, Hollande Pictures Burned at Charlie Hebdo Protests Worldwide
WASHINGTON, January 21 (Sputnik) — US President Barack Obama and French President Francois Hollande discussed a number of security issues over the phone on Tuesday, including the investigation into the terrorist attack at the Charlie Hebdo satirical magazine in Paris, the White House announced in a statement after the leaders’ conversation.

“President Obama spoke by telephone today with President Francois Hollande of France,” the White House statement read. “The two leaders discussed the current status of investigations into the deadly terrorist attacks in Paris on January 7-8, and President Obama reaffirmed his commitment to provide whatever assistance the French government needs.”

In addition to President Obama committing the US assistance to Paris, following the wave of terrorist attacks in France, the Western leaders discussed other international security issues including sanctions against Russia, the militant Boko Haram group acting in Nigeria, the ongoing nuclear negotiations with Iran and development in the Israeli-Palestinian relations.