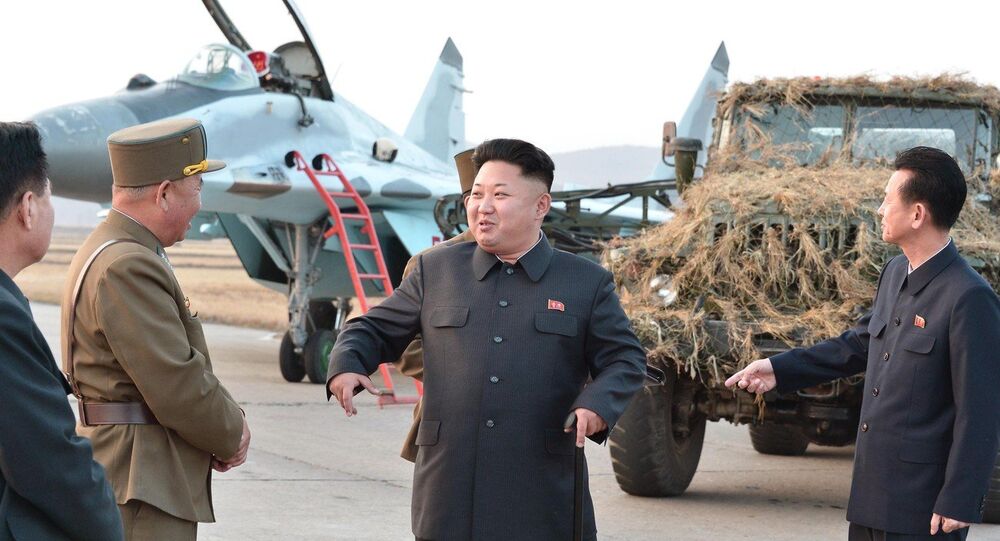 The US Treasury Department has the authority to impose secondary sanctions on foreign entities, working with the DPRK, but the Obama’s administration does not appear willing to expand its interpretation of the executive order.

© AP Photo / Andy Wong
China to Boost Cooperation with North Korea in 2015: Foreign Ministry
WASHINGTON, January 14 (Sputnik) — The new round of US sanctions against North Korea gives the US Treasury Department the authority to impose secondary sanctions on North Korea's allies, but the US President Barack Obama’s administration does not appear willing to use that authority, House Foreign Affairs Committee Chairman Ed Royce told Sputnik on Tuesday.

“It looks like the types of sanctions the [Obama] administration is moving on are sanctions that are focused on entities in North Korea,” Royce said, adding that the Obama has “the capacity under the executive order” to impose secondary sanctions on nations and entities, providing material support to the Democratic People’s Republic of Korea (DPRK), but has “not announced that capacity” yet.

“The question is the extent [those activities] then assist North Korea in its capacity to have control over more hard currency that it uses on its weapons program,” Royce told Sputnik.

Royce questioned whether the Obama administration would consider “expanding its interpretation of the executive order” to include secondary sanctions on foreign entities, working with the DPRK.

© East News / AP/LJM102
North Korea's Missiles Able to Reach US Mainland: South Korea
Under the January 2 executive order, the US Treasury gained “an important new tool” in its ability to isolate North Korea from world financial markets, the Treasury Department’s Assistant Secretary for Terrorist Financing, Daniel Glaser said during a Tuesday House hearing on the threats from North Korea.

The Treasury now has the authority to target any North Korean national or government agency and subsequently “apply sanctions with respect to any individual or entity who is providing them, in turn, with material support,” Glaser stated.

Chairman Royce expressed his support for secondary sanctions during the Tuesday hearing, as a means of curtailing North Korea’s access to hard currency, but told Sputnik that he does not see the Obama administration using the new authority to target individuals or entities outside of North Korea.

US President Obama signed an executive order on January 2, authorizing expanded sanctions against North Korea in response to what it deemed provocative actions, including allegedly hacking Sony Pictures Entertainment.

US Sanctions on N Korea Target About Dozen Individuals and Entities