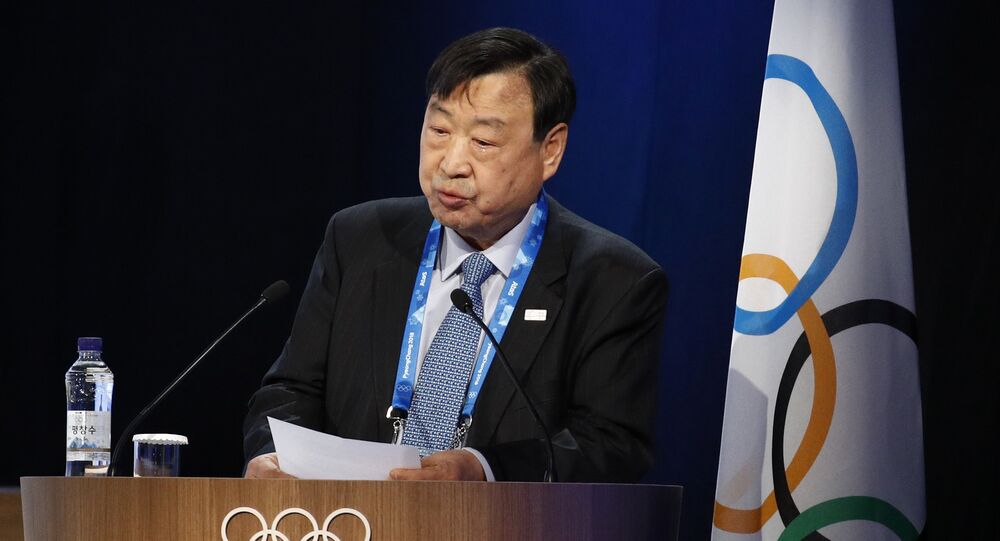 "As the president of the Organizing Committee, I have participated in many press conferences, I kept repeating that our Olympics will be remembered as 'clean' Olympics. We are following all the decisions by the International Olympic Committee [IOC] and the World Anti-Doping Agency [WADA]. Whatever decision the IOC takes, I think, I have no right to make any comments, we will respect any decision," Lee told a press conference.

© Sputnik / Vladimir Pesnya
Russian Cross-Country Skiers Win Silver, Bronze Medals in Olympic 50km Race
The committee also said it could partially or fully lift the ROC's suspension from the Olympics Closing Ceremony, scheduled for Sunday, thereby allowing Russian athletes to carry the national flag, under the condition that the ROC and all invited athletes and officials respected and fully implemented its decisions and requirements.

In December, the IOC suspended the Russian Olympic Committee (ROC) over an alleged "systemic manipulation" of the anti-doping system in Russia. The allegations have been denied by the Russian authorities. The IOC said, however, that only "clean" athletes could compete in the 2018 Olympics under a neutral flag as Olympic Athletes from Russia (OAR).