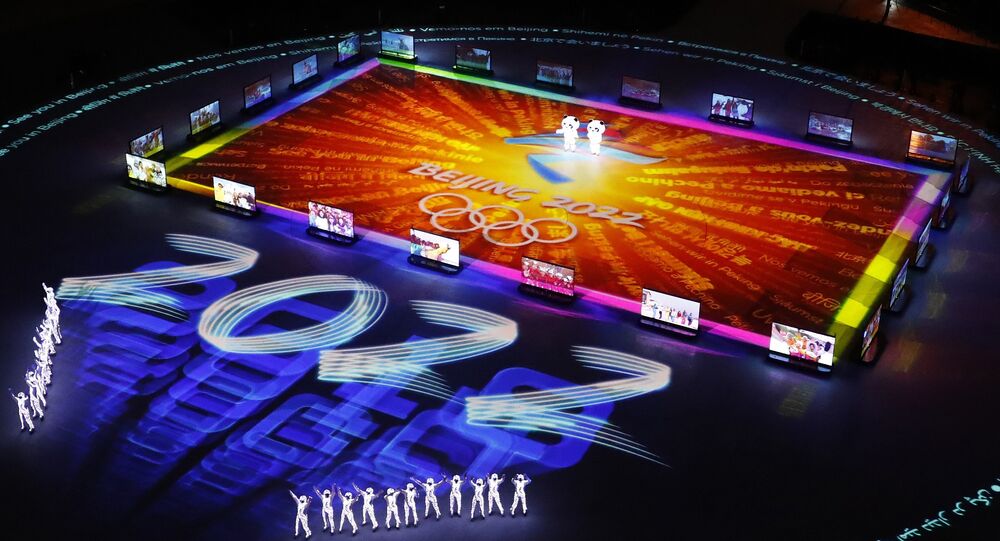 PYEONGCHANG (Sputnik) - The Olympic closing in South Korea's Pyeongchang ended with the Olympic flame going out. One of the highlights of the ceremony was the parade of flags, when countries carried its symbols through the stage, except for Russian athletes who had to march under the neutral flag.

The Russian athletes were not allowed to participate under the national flag and performed as the team of Olympic Athlete from Russia under a neutral Olympic flag in line with the decision of the International Olympic Committee (IOC) made on January 5.

© Sputnik / Vladimir Astapkovich
Olympic Athletes from Russia during the parade at the 2018 Winter Olympic Games closing ceremony
© Sputnik / Vladimir Pesnya
Russia's Olympic Hockey Final Win in Pictures
21
In spite of the expectations that the IOC may allow the athletes to walk at the closing ceremony under the Russian flag, the IOC Executive Board refused to provide such an opportunity taking into account the two failed doping tests of Russian athletes at the Pyeongchang Winter Olympics.

The 2018 Winter Olympic Games which kicked off on February 9 have come to an end. A total of 92 countries have participated in the major international sport event, with the Norwegian team collecting most of the medals as result of competitions (39, including 14 gold, 14 silver and 11 bronze medals) and the Russian team 17, including two gold, six silver and nine bronze medals.

South Korean and North Korean athletes marched together carrying each country's banners as well as the Korean unification flags at the Pyeongchang 2018 Winter Olympics closing ceremony.

In January, Seoul and Pyongyang resumed bilateral talks ahead of the Pyeongchang Winter Olympics. The two sides agreed that the national teams would march together under a "unification flag" at the opening and closing ceremonies and that the North Korean athletes would participate in alpine skiing, cross-country skiing, pair figure skating, and women's ice hockey events.

The thaw on the Korean peninsula followed months of escalating tensions caused by Pyongyang's missile and nuclear tests carried out in violation of UN Security Council resolutions.

The last time when the two teams marched together was at the 2006 Winter Games in Italy's Turin.