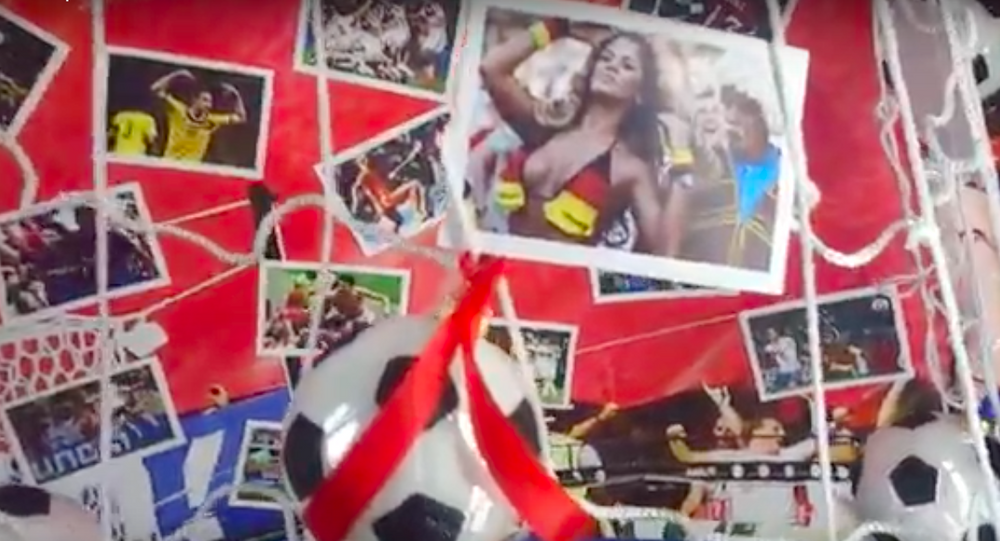 $1,600-Dollar Taxi and Breakfast at Pub: How England Fans Prepare for Match

It's breakfast time on the day of the England v Panama match in Nizhny Novgorod. The hotel is seething with British fans donned in white, and Panama fans wearing red.

Everyone is being mighty civil to one another, wandering around and wishing each other luck. But as self-proclaimed 'Mad-Alex' demonstrates, most of these well wishes are followed by a rather spiteful: 'But not today'.

Craig (aged 31) is from Middlesbrough in England. He's come four thousand miles to support England at the World Cup. Whilst he's getting used to the Russian customs, he's brought a few English ones along with him too.

Having hit the dancefloor a little too enthusiastically last night, he was reprimanded by the hotel staff in Nizhny Novgorod for trying to eat his cereal without his shirt on.

No shirt, no shoes, no cereal. In this particular hotel, there are certain rules to abide by.

I had been searching for someone to film putting their shirt on all morning, after my confirmed fans turned me down. Shirtless Craig seemed like the perfect candidate. Here he is, putting on his mandatory breakfast shirt. It's a silent movie due to foul language.

Ok now we're dressed, it's time to fuel up. But where to go and eat? In Nizhny Novgorod, there are three traditional English Pubs. Guaranteed, today these pubs are seeing more English people pass through their doors than ever before. This morning, The British Embassy (so-called because it will sort out all your woes) is crammed with English fans drinking beer and eating breakfast. Luckily, they can get a taste of home; the restaurant offers a traditional English breakfast. Max (aged 28) told me that breakfast was included at his hotel, but they were serving peas and fish, so he came here instead.

© AFP 2020 / BEN STANSALL
Jose Mourinho Shares His Outlook on Upcoming England-Panama World Cup Match
Last night, David (right) and Jonno (left) traveled the four hundred kilometers from Moscow to Nizhny Novgorod… by taxi. Leaving at 2 a.m. this morning, they racked up an almighty $1,600 cab fare after their train was overbooked.

That is pure dedication, and it's all so that they can cheer on their beloved England, as they go head to head against Panama today.

But if the taxi fare is not bad enough, Jonno arrived to find his tickets weren't in his wallet like he thought they were. A text from his wife confirmed the worst: the tickets are at home on his breakfast table in England.

Here's to hoping Team England has better luck than some of their fans!

Perhaps those breakfast beers are justified.