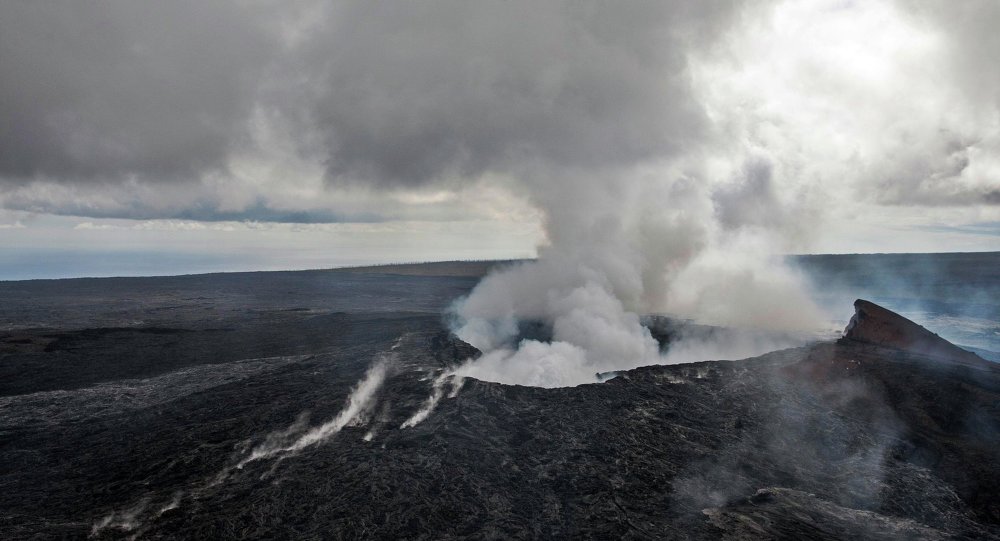 According to a spokesman with the Hawaii Volcanoes National Park Service, as quoted by CNN, a rescue operation lasted about an hour and required the use of a rope system to extract the man from the ledge.

A visitor to Hawaii Volcanoes National Park climbed past a protective metal railing, lost his footing and fell into the Kilauea volcano caldera, CNN reports.

According to Ben Hayes, spokesperson with the park, authorities got a call that a man had fallen into the crater formed by previous volcanic activity. The man had been travelling with a group, which is why the call came in instantly.

"Park officials immediately launched a search and rescue operation with the Hawaii County Fire Department and around 9 p.m. local time search and rescue located the man. He was seriously injured, perched on a narrow ledge 70 feet from the cliff edge," the spokesman said.

After the rescue operation was over, the man was airlifted to Hilo Medical Center, where he received treatment for his injuries.

The park's spokesman also said that the rangers would carry out an investigation to decide whether the man should be charged for crossing the barrier near the volcano caldera.