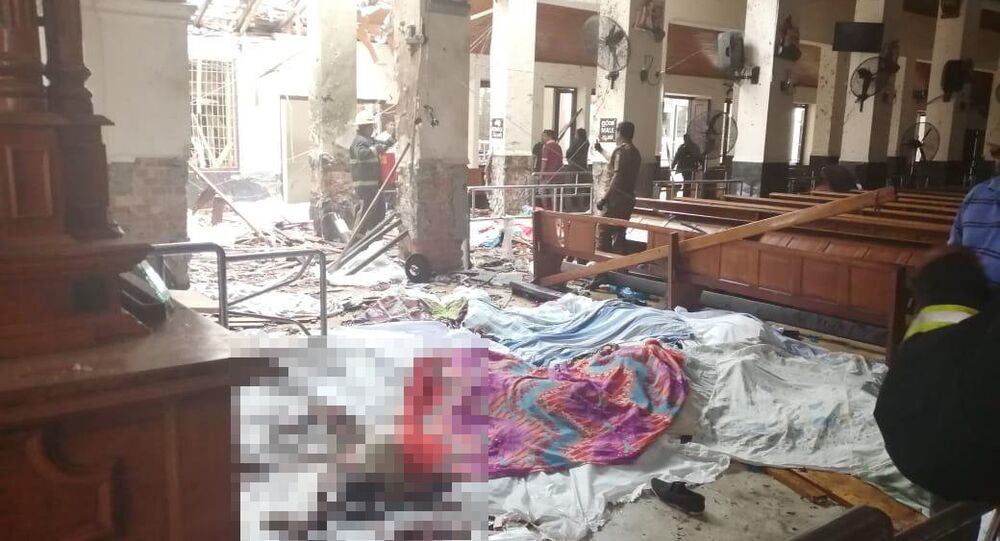 Mr Boulierac also stressed that other children "are wounded and are now fighting for their lives," which means that the toll among minors from the Sunday attacks could rise, the AFP says.

Meanwhile, the BBC has reported citing Lankan police that the death toll from the attacks has risen to 321 with about 500 wounded.

© REUTERS / Dinuka Liyanawatte
Sri Lanka's Private Catholic Schools to Be Closed Until 29 April After Bombings - Reports
On Tuesday Sri Lanka marks a day of national mourning for the victims of the Sunday's multiple explosions that took place in various parts of the country, hitting several churches with Catholic worshippers as well as hotels in Colombo and other cities.

Sri Lanka's government has blamed the blasts on local Islamist group National Thowheed Jamath (NTJ), though none of the extremist organisations has claimed responsibility for the attacks so far.

Colombo has launched a massive security operation in the wake of the tragedy. As of Monday, at least 24 people were detained in connection with the attacks.