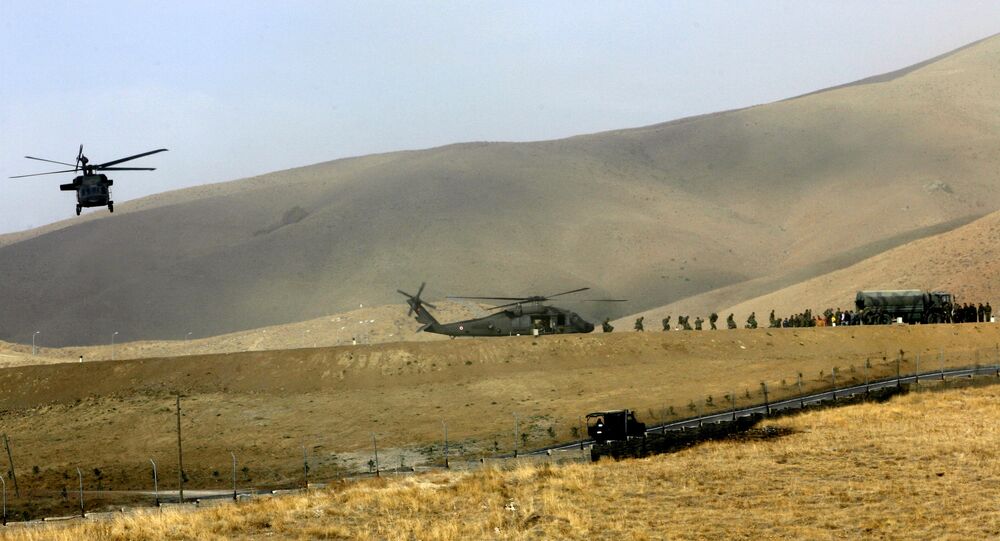 ANKARA (Sputnik) - The Turkish military is sending military equipment to Kilis province bordering Syria over concerns of a new wave of refugees that could be provoked by a possible military operation in Syria's northwestern Idlib province, Hurriyet Daily News reported on Tuesday.

At least eight vehicles transporting tanks and howitzers passed through Kilis on the way to the Turkish district of Elbeyli on the Syrian border on Tuesday, according to Hurriyet Daily News. The media outlet said, citing security sources, that this move was aimed at helping contain a new wave of Syrian refugees that could result from a potential Syrian government offensive in Idlib province, which is one of Syria's de-escalation zones and a remaining stronghold of insurgency in the country.

© AP Photo / Petros Giannakouris
Turkey's Worsening Economy May Provoke New Flow of Refugees to EU - Journalist
Turkey has also expanded the Atmeh refugee camp on the Syrian side of the border and reinforced 12 observation points to monitor the situation in the de-escalation zone, according to the report.

The situation in Idlib has escalated over the past weeks amid the recent reports of a potential government offensive after Russia said it had evidence that terrorists in the province were preparing a false-flag chemical weapons attack to frame the government forces and spark a US-led military intervention. Russian Foreign Minister Sergey Lavrov said last week that talks were underway to create humanitarian corridors in Idlib to allow civilians to leave the province.

As Russian Deputy Foreign Minister Oleg Syromolotov told reporters on Monday, nobody was interested in active fighting in Syria's Idlib, which may result in mass casualties.