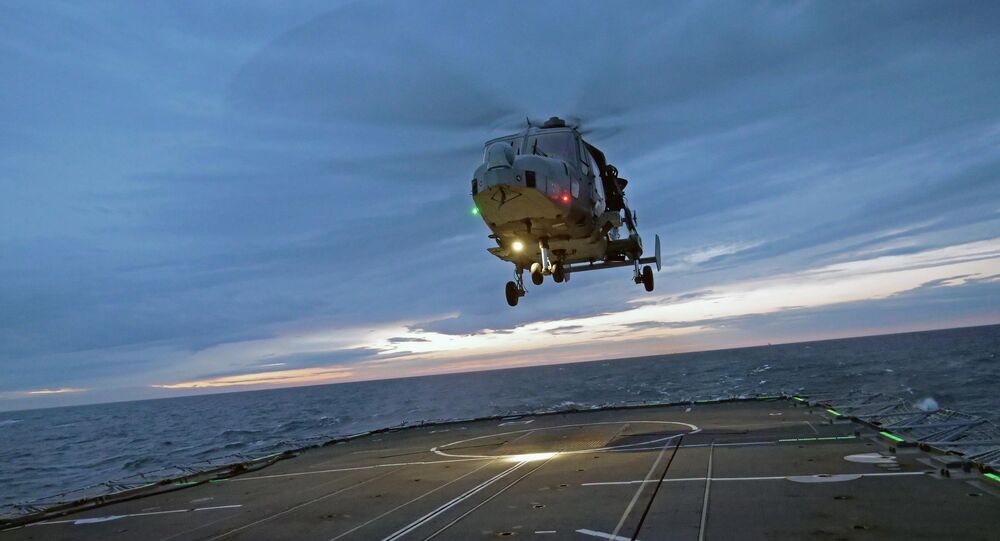 A British warship is keeping a close eye on a Russian warship passing near the United Kingdom. It has been the fourth such vessel to monitor Russian activity near Britain over the last two months, according to the Royal Navy.

Portsmouth-based minehunter HMS Hurworth is surveilling the activities of the frigate-class Admiral Makarov as it passes through the English Channel, Reuters news reported Wednesday. The monitoring exercises should last around 48 hours, Reuters mentioned.

The Royal Navy has also dispatched a Wildcat HMA2 helicopter from the Yeovilton-based 815 Naval Air Squadron to accompany the HMS Hurworth on its mission, a Royal Navy statement noted.

"They are the latest Royal Navy assets to be activated over the summer to monitor the activity of Russian surface ships sailing in or close to the UK's sphere of interest," it read.

The statement also added that it had dispatched patrol vessel HMS Mersey, destroyer HMS Diamond and frigate Montrose to observe Russian ships passing near the UK over the past two months.

Commenting on the incident, a representative of the Russian Embassy in London told Sputnik that ships of the Russian Navy acted in compliance with the norms of international law and pose no threat to the United Kingdom.

"The Russian Navy ships act in compliance with international law and strictly adhere to the existing rules of transit of military vessels through the English Channel. They pose no threat to the United Kingdom, and the UK side is well aware of it," the representative said.

First Sea Lord Admiral Sir Philip Jones commented on allegedly increasing traffic through the North Atlantic in a May 24 speech, stating that, "When you then combine that with a 10-fold increase in activity in the North Atlantic, [the] inescapable conclusion is that we are facing significantly emboldened Russian Naval activity, which is continually testing our resolve."

The UK has stepped up efforts to patrol its Northern Atlantic waters since adopting the program's measures proposed, including tackling "the significant increase in Russian submarine activity in the North Atlantic" in order to defend "troops and heavy equipment from North America, and for protecting sea lines of communication," a June House of Commons report stated.

The program blames Russia for supporting the Assad government in Syria, annexing Crimea, and violating cyberspace worldwide, and additionally singles out Russian and Chinese defense capabilities as the UK's main point to address.

"Failure to do so will define our national security situation for decades to come," Admiral Jones asserted in his speech.

The US, UK and Norway also signed a trilateral deal June 28th, which agreed to increase interoperability and combat readiness against maritime "threats".