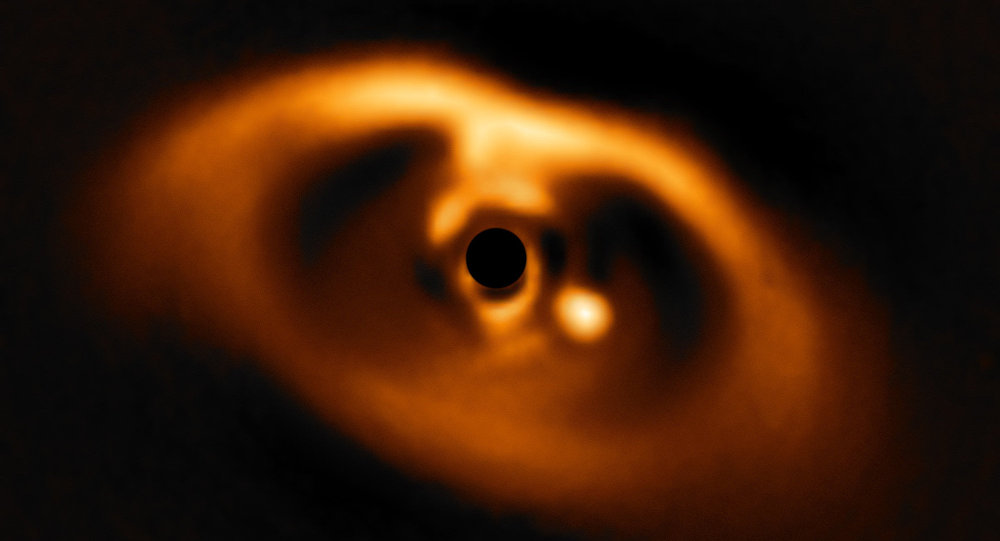 Impressive light fluctuations have once again thrust a distant star into the public spotlight. The fluctuations may be the result of exoplanets orbiting the star and may therefore become a focal point of scientific attention one day.

KIC 8462852, commonly known as "Tabby's Star" or the "alien megastructure" star has dimmed by 5 to 10 percent, making a record-breaking dip in darkness since the relevant data was last provided by the Kepler telescope in 2011.

The dimming began on March 16, when it decreased 4 percent and then returned to normal, according to an observation blog by Tabetha Boyajian, the Louisiana astrophysicist who first spotted the star. The dimming, unrivalled to date, resumed again on March 26.

The blogger remains uncertain as to what underlies the dimming, but the long-term task is to build a more comprehensive profile of the star, located 1,280 light years away, to find out what its dimming actually means.

NASA’s Kepler space observatory specially focuses on dimming stars, since this is a way to spot and consequently study new exoplanets orbiting stars other than the Sun. Usually, when a planet passes between a star and Earth, the star slightly dims, at regular intervals.

But Tabby’s star is outstanding, characterized by irregular and totally unpredictable dimming periods. Kepler’s archives also have also proven that the star has gone through periods of unusual brightening over the past years.

There are a number of theories that attempt to explain the star's erratic light pattern: analysis has shown that certain wavelengths of light were blocked more than others. Other hypotheses include a ringed planet passing in front of the star, hordes of comets, space junk, the star swallowing a planet, internal processes in the star itself and alike.

However, the most likely argument is a random cloud of dust hovering around the star, thereby blocking ultraviolet light to a greater extent than infrared light.