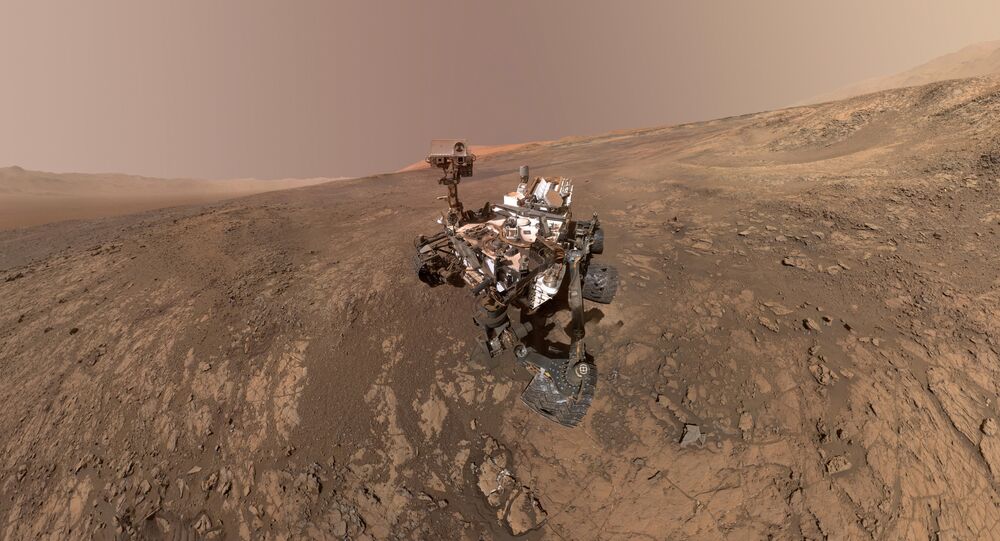 The 1982-pound solar-powered Curiosity landed on Mars in August of 2012 and has been exploring ever since.

Although the craft has traversed less than 12 miles of the surface of Mars, it has made remarkable discoveries, including offering proof that the red planet potentially supported life in eons past.

Landing in the Aeolis Palus region of the planet's surface on August 6, 2012, and slowly traveling to its current location on the shoulder of Mount Sharp, the autonomous vehicle — responding to the 11-minute delay in signal lag between the planets — has rolled across what is now thought to have been a dry riverbed, indicating that liquid water may have existed on Mars at one point.

In its travels, Curiosity has poked around an enormous dry lakebed and its observations give planetary geologists hope that large deposits of groundwater may still be identified by later missions equipped with more specific tools.

Scientifically referred to as a ‘sol,' a Martian day lasts a little longer than a day on Earth — about 25 hours, give or take some minutes.

As NASA has extended the life of the mission indefinitely, the lonely robot is set to continue to roll carefully across the bleak terrain for the foreseeable future, functioning years beyond its original obsolescence date.

'Idea of Populating Mars Is Mad': That Is Why We Like It - Analyst