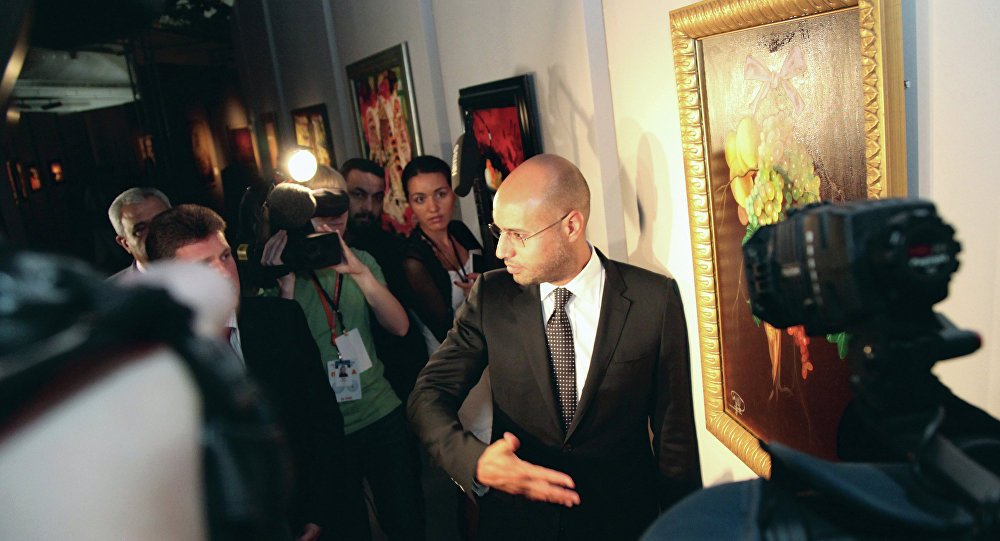 The news was announced by Ayman Abu Ras, the spokesman for the Libyan Popular Front, at a conference in Tunisia.

Saif Al-Islam Gaddafi, son of the late Libyan President Muammar Gaddafi, has been nominated as a candidate for the Libyan presidency in the 2018 elections, Libyan Express reported on Monday.

Abu Ras said Saif is striving for national reconciliation as well as aiming to rebuild the war-torn nation.

"By running for presidency, Saif Al-Islam Gaddafi is seeking not power but the country’s rescue," Abu Ras said.

Gaddafi’s intention was first announced last December, when it came to light that he was plotting a comeback to Libyan politics after a six-year prison term. According to reports, Saif planned to establish a constructive dialogue between all the Libyan factions, as well as to boost the country’s defense "to impose more security and stability in accordance with the Libyan geography."

Some political experts believed Gaddafi’s comeback was complicated by the 2011 indictment issued by the International Criminal Court (ICC) for alleged crimes against humanity. The document purported that he had ordered the killing of protesters while defending his family members.

He was later sentenced to death by a court in Tripoli in 2015, though the trial in question took place in absentia and was widely denounced by the international community.

Under a state-initiated amnesty, Saif Gaddafi was released from prison six months ago having served his six-year term after a NATO-backed uprising ousted his father Muammar Gaddafi in 2011.

An ongoing civil war has been tearing the country apart since then, with its western and eastern parts currently controlled by diverse rebel groups.