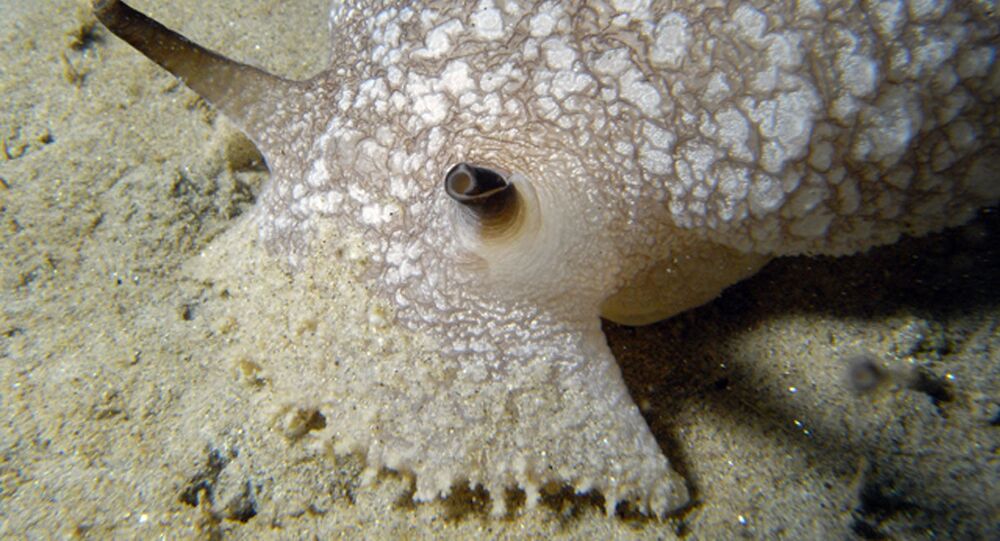 Hats Off, AI! Scientists Create Self-Aware 'Animal' You Can Play With

Experiments with human cognition could soon reach a new level after researchers performed a broad range of experiments on the primitive brain circuitry of a sea slug.

Researchers recently announced that they have developed an artificial sea slug that thinks and acts like the real thing, journal eNeuro reported.

The so-called cyberslug is a digital copy of Pleurobranchaea californica, a small marine predator with a rudimentary nervous system.

By asking itself three questions: "Do I eat it? Do I mate with it? Or do I flee?" the slug can differentiate between potential predators and possible pals, as well as nutritious species and those that are toxic.

Most notably, the robot is self-aware.

Video: Virtual predator makes decisions like the real one — A sea slug's decision to approach or avoid potential prey has been simulated in a virtual environment called Cyberslug. In the future the software, described in a paper published in eNeuro, m… https://t.co/HO52pjX8ZM

"That is, it relates its motivation and memories to its perception of the external world, and it reacts to information on the basis of how that information makes it feel," stated Rhanor Gillette, a professor of molecular and integrative physiology at the University of Illinois, in a press release.

To answer the afore-mentioned three questions, the cyberslug does does a bit of processing, analyzing its internal state, as well as taking in cues from the outer world.

© Photo : Pixabay
Black Mirror in Action: Swedish Scientists to Revive the Dead in Robots with AI

Also, the slug appears to have a default response to avoid anything and everything, except if it experiences hunger.

"When P. Californica is super hungry, it will even attack a painful stimulus," Gillette said. "And when the animal is not hungry, it usually will avoid even an appetitive stimulus. This is a cost-benefit decision."

Gillette and his research partners have long studied the sea slug's neural circuitry and attempted to replicate it in a number of simulations, but they have achieved their highest degree of precision only now. The researchers described their latest programming effort in this week’s issue of  journal eNeuro.

For those willing to see the simulation and try it, a version is available online.

"I think the sea slug is a good model of the core ancient circuitry that is still there in our brains that is supporting all the higher cognitive qualities," Gillette underscored. "Now we have a model that's probably very much like the primitive ancestral brain. The next step is to add more circuitry to get enhanced sociality and cognition."