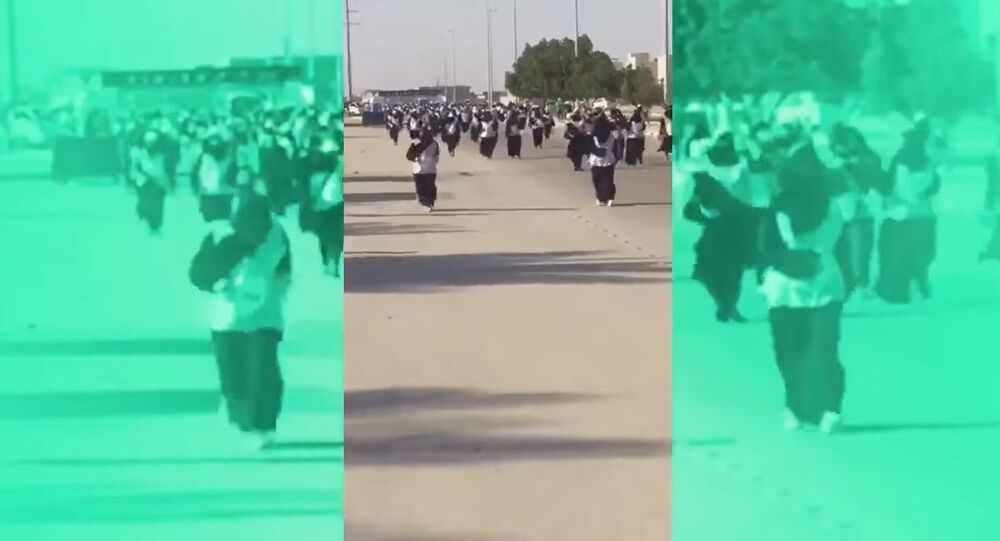 This weekend saw the first ever female marathon take place in Saudi Arabia, which is yet another step in Saudis’ universally-praised long-term modernization effort.

Around 1500 women runners, most of them donning traditional Islamic outfits, raced in the eastern Al-Ahsa region on Saturday.

"The aim of the marathon is to promote running and introduce the concept of sports for all, for a healthier way of life," Saudi-owned Al-Arabiya News cited the marathon's supervisor, Malek al-Mousa as saying.

Just to note, as recently as in late February,  Riyadh hosted its first international half-marathon, which prompted a slew of complaints on social media about the absence of women partaking in the event.

🆘‼😂🔥 Saudi Arabia: Lots of hijabs and niqabs. For the first time in the history of the kingdom there was a pure 3km women's marathon, "Al-Ahsa Runs", in which about 1500 women in different categories (young, old, amateur etc.) participated. pic.twitter.com/lu9VGvZ8tE

Sports authorities have expressed a willingness to set up another marathon for women in the holy city of Mecca on April 6, the pro-government Okaz newspaper reported.

Talking about sports achievements for #Saudi Women | #SaudiArabia to organize a female Marathon for the first time in the kingdom next month @SaudiNews50 @rbalsaud 💚🇸🇦 pic.twitter.com/lmdr5yGtp7

The kingdom, which has among the world's strictest laws limiting women's conduct, has embarked on a wide-ranging social reform program, and has at long last allowed women to drive and limited the overwhelming powers of the notorious religious police.

The kingdom's General Entertainment Authority last month said it would stage more than 5,000 festivals and concerts in 2018, twice as many as last year, and inject a $64 billion investment in the social sector in the coming years.

Separately, Sputnik earlier told a story of a 41-year-old Halah al Hamrani, a half-Saudi, half-American boxing woman, who currently fights for the right of Saudi women to participate in sports and to ultimately gain social recognition and equal employment rights with men. So far, she is running FlagBoxing, the first women-only fitness and combat studio in the country.