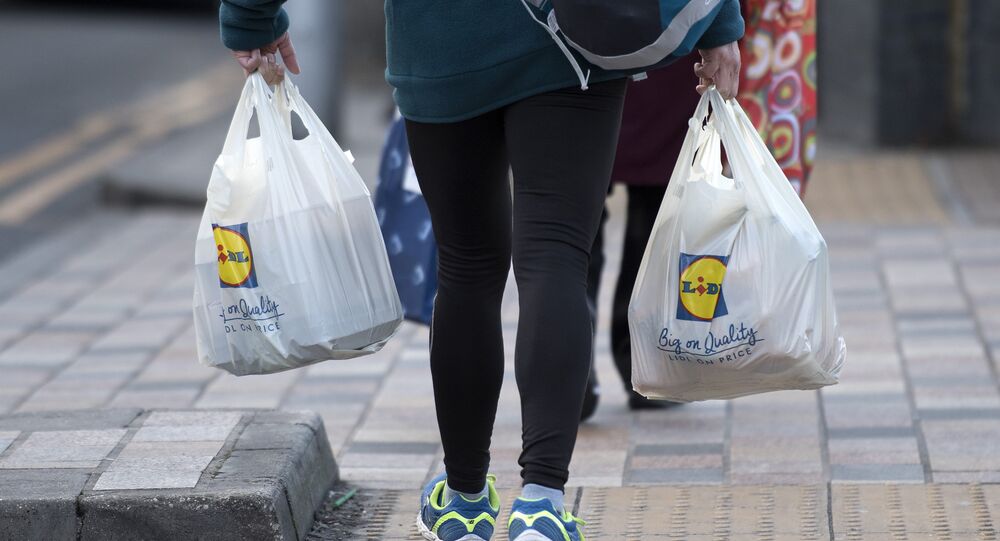 A snow storm is not the only thing that has hit Ireland's capital city Dublin for the past few days. Local criminals appear to have used it to their own advantage.

In a spate of recently-published videos, a huge mob loots a Lidl supermarket in Dublin and then vandalizes it with a giant digger they stole among other things during the notorious Storm Emma blizzards.

The most dramatic footage shows the raging mob attempting to unlock a safe all wedged in the snow and trying to tear off the shop’s roof with a stolen metal digger, while others focus on looters leaving the place with dozens of bags filled with stolen items.

Their faces can be seen in some videos – something that most YouTube watchers thought was a foolish thing to do.

The real thieves run this country. #Lidl is a symptom of people seeing thieves like Denis OBribe rewarded with his €80million private jet.

The brain boxes who carried out the looting in #Lidl are literally sharing their Snapchat stories everywhere..

that's the mentality you're dealing with.

Following reports that roughly 30 people had raided the supermarket on Fortunestown Lane in Tallaght; the police turned up at the scene to find the large digger having torn off one the store’s corners. The shop was also reported to be on fire, but this appeared to be untrue, after three fire brigades arrived to inspect the scene.

Here's an idea.. anyone who was involved in that #Lidl incident, looters, vandals, the lot:

give them shovels and brushes today.. chain them together by the ankles and send them out to that Lidl site, to clean up the mess they made. for starters

The Irish police Gardai were backed up by 4×4 Defense Forces, who promptly rushed to assist, but got stuck in heavy snow dumped by Storm Emma across Ireland, which has now put the country on a flood alert after a little thaw started to set in.

Nine people have been arrested in connection with the accident, which reportedly left the place heavily damaged.

The British Isles and Ireland have seen the coldest start to March this year, which left hundreds stranded on the roads and massive disruptions across the countries’ travel networks. Internet users, though, seem to stay positive and increasingly capture beautiful "snowy" views on their cameras:

#storm Emma and the #BeastFromTheEast have left their mark! It may look beautiful but take care if you are out and about today. #AirCorps112 #WhenMinutesMatter pic.twitter.com/klEFr56X9g

The extreme conditions are forecast to ease a bit this weekend.