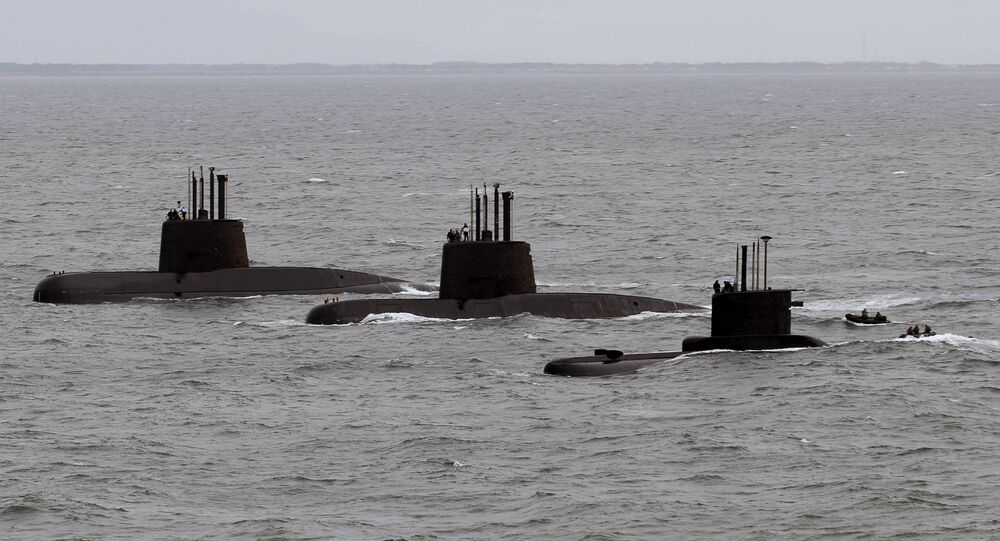 A NASA aircraft has started searching for a missing Argentine submarine and its crew of 44, a defense official has told USNI News.

The NASA P-3 Orion is now looking for the diesel-electric attack vessel, the ARA San Juan (S-42), which fell off radar screens on Wednesday, according to the official press reports.

Besides the US P-3, the Argentine Armada has dispatched the destroyer ARA Sarandí (D-13), corvettes ARA Rosales (P-42), as well as the ARA Drummond (P-31).

"If there was a communication problem, the boat would have to come to the surface."

The NASA P-3, a modified anti-submarine warfare platform, had been operating out of Ushuaia as part of its annual Antarctic survey when it was asked to join in the search for the missing submarine, USNI News reports citing US Southern Command spokesman.

The US is also prepared to contribute other assets to the search and is getting ready with special underwater rescue equipment and is bringing in personnel in anticipation of a request from Argentina, several US officers were cited as saying.

More and more people are expressing their deep sympathy for the missing crew and praying for their safe rescue.

Just now hearing about this @juanmab…my thoughts and prayers are with the crew, their families and @Armada_Arg and the people of Argentina… pic.twitter.com/nxz1Zuh4zU

Argentina is missing a submarine. I hope it's just doing sneaky sub stuff, the alternative is an awful way to go.

Hoping the crew are safe — operating a submarine in the harsh environment of the sea is always dangerous. https://t.co/NUeXp3zth8

​The Argentine submarine departed from the Argentine Armada naval base in the southern city of Ushuaia, located southwest of the Strait of Magellan, and was headed to its homeport at Mar del Plata, near Buenos Aries. The German-built TR-1700 attack boat, which has been in the Argentine fleet since 1985, was last heard from about 250 miles off of Patagonia last Wednesday. A communications, technical error or allegedly an electric malfunction are suspected as the cause behind the vessel’s disappearance.

"It's not that it's lost. For it to be lost we'd have to look for it and not find it," Balbi told reporters. He added the submarine had sufficient food and was probably continuing its planned journey.

​Earlier the authorities of Chile, the UK and the US offered their assistance in the search.