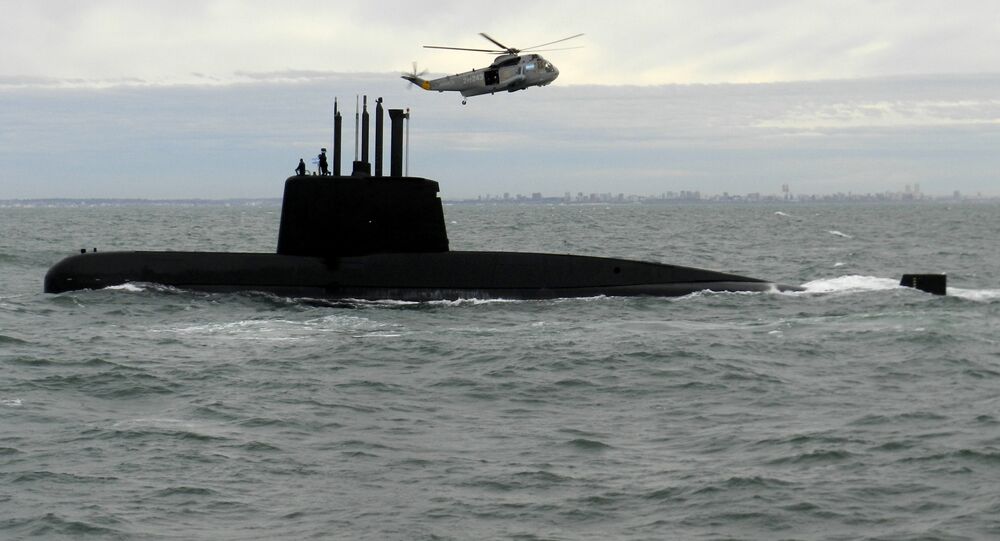 Chilean, UK and US authorities have offered Argentina their assistance in the search for a missing submarine that went off the radar three days ago, the Argentinian Foreign Ministry has said.

MEXICO CITY (Sputnik) — Communications with the San Juan submarine, which carried a crew of 44, were lost Wednesday when it was on its way from the port of Ushuaia to the city of Mar del Plata. Planes and vessels have been scouring the area where it was last detected.

"The governments of Chile, the United States and the United Kingdom have offered logistical assistance and exchange of information in these humanitarian searches," the Argentinian Foreign Ministry said in a press release.

According to Argentine naval spokesman Enrique Balbi, the submarine may have suffered a communications error.

"We are investigating the reasons for the lack of communication," Balbi told reporters. "If there was a communication problem, the boat would have to come to the surface."

​According to the newspaper Clarín, the submarine could have experieced a fire or a technical failure.

© AP Photo / Natacha Pisarenko
Argentine President Vows to End 'Privileges' Amid Family 'Dirty Money' Allegations
"The latest official and reliable information is that the submarine has not yet been found. It's not that it's lost: to be lost you'd have to look for it — and not find it," Balbi said.

Admiral Gabriel González, chief of the Mar del Plata base, said the submarine had sufficient food and oxygen, so the current situation is not an emergency.