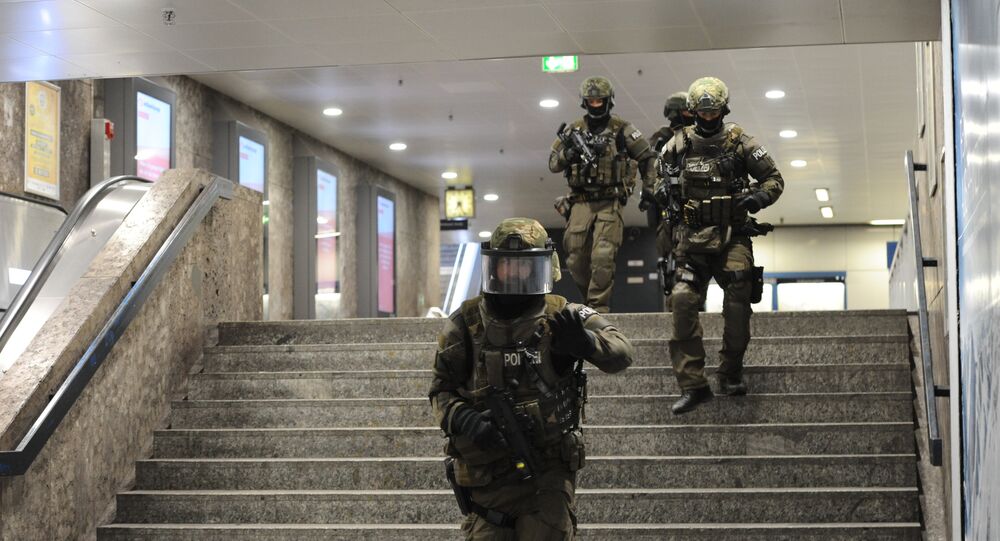 Train stations were evacuated across Munich and authorities have halted all bus, train, and tram lines due to concern that additional acts of terror may be plotted.

UPDATE: The shooter has been identified as being 18 years old and a German citizen of Iranian origin. Police confirm that at least 10 people are dead and 20 injured from the shooting attack reports RIA news. Public transportation has been reopened.

​​​Whlie initial reports indicated that there three shooters, police now say there is a high probability that there was only one attacker who killed himself near the scene.

Officials scoured the city of Munich on Friday, looking for potential terror suspects who may have been involved in the attack.

The attack comes in the same week as the Daesh-inspired strike on a train in Wuerzberg, Germany that left several injured. That attack was carried out by a 17-year-old Afghan refugee who yelled "Allahu Akbar" while swinging the axe at unsuspecting passengers.

Germany has accepted over 2 million refugees since the Syrian crisis began, a position that has led to a resurgence of far-right nationalist groups that have called for bans and violence against Muslims. German Chancellor Angela Merkel's approval ratings have also plummeted to historic lows amid the societal culture shock resulting from this policy.

Munich Police say that there are no indications that the shooter has any ties to an Islamic terror organization and initial video posted on social media shows a man on the roof shooting and saying that "I am a German." Today is the five-year anniversary of the fatal terror attack carried out by an ultra-right White Supremacist in Norway.

Police initially confirmed that at least five are dead as a result of the attack.

US Consulate in Germany Issues Warning About Munich Shooting

Shooting Taking Place At One of Munich's Largest Squares

No Reports on Casualties Among Russians in Munich Attack - Embassy