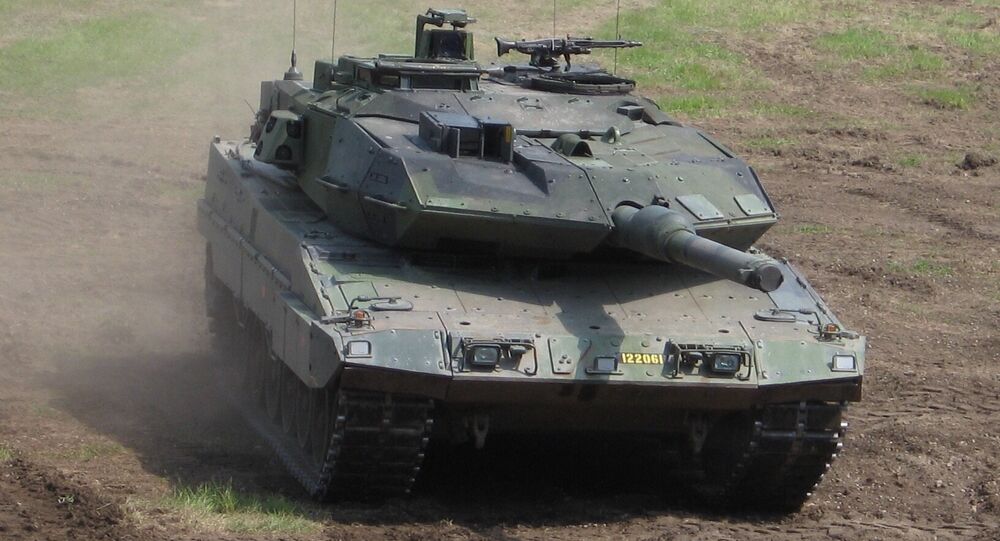 No less than 350 Swedish tanks and combat vehicles are slated for renovation and upgrades; the defense administration has tapped the Swedish defense company H-B Utveckling and Krauss-Maffei Wegmann of Germany to replace obsolete components and install new combat systems.

© AFP 2020 / JONATHAN NACKSTRAND
Sweden to Increase Defense Spending by 11 Percent Over 5 Years
Sweden's Defense Equipment Administration, FMV, has decided to sign a contract with the Swedish-based company H-B Utveckling for the renovation and modernization of 262 Stridsfordon-90 combat vehicles. It has also with the German company Krauss-Maffei Wegmann, which will renovate and upgrade 88 Stridsvagn-122 tanks, as well as eight towing tanks. The upgrade process will be carried out over the next eight years.

The old TCCS (Tactical Command and Control System) combat system is slated to be replaced with a so-called BMS (Battlefield Management System), which, among other things, facilitates navigation, allowing the operator(s) to keep track of friendly troops.

"The upgrade is about maintaining the tanks in battleworthy condition for many years to come," ensures Peter Elmlund.

© Flickr / gafa kassim
The Hawks Have Landed: Finland and Sweden Mull Military Union
Sweden's defense outlay has shrunk steadily since the mid-1960s, reaching a record low of 1.2 percent of the country's GDP at the beginning of the 2010s. In 2014, however, Sweden's Ministry of Defense railroaded a significant budget increase on account of Russia's "aggression" in Ukraine, the takeover of the Crimean peninsula, as well as a series of "confirmed" violations of Sweden's territorial waters.

Over the next five years, Sweden's defense spending will expand by 11 percent or about 1 billion euros ($1.1 billion), Swedish Defense Minister Peter Hultqvist, who is known for repeatedly re-kindling "the Russian threat," pledged last year. Sweden also plans to purchase fighter jets, tanks, infantry fighting vehicles and anti-submarine warfare equipment. According to the Defense Ministry, an additional 100 million euros will be invested in the defense infrastructure of Gotland island.

© Flickr / Susanne Nilsson
Military Leak Reveals Sweden Readying for War With 'Qualified Opponent'
Also in 2014, Swedish authorities were convinced that a Russian submarine was patrolling the waters around the island of Gotland. The ensuing hysteria was largely based on grainy photographs, and the Swedish government finally admitted the panic had been for nothing.

Sweden, which has been neutral since 1814 and consistently shunned all military alliances, has nevertheless expressed a pronounced interest in joining NATO, with public support for the idea still hovering at around 40 percent.