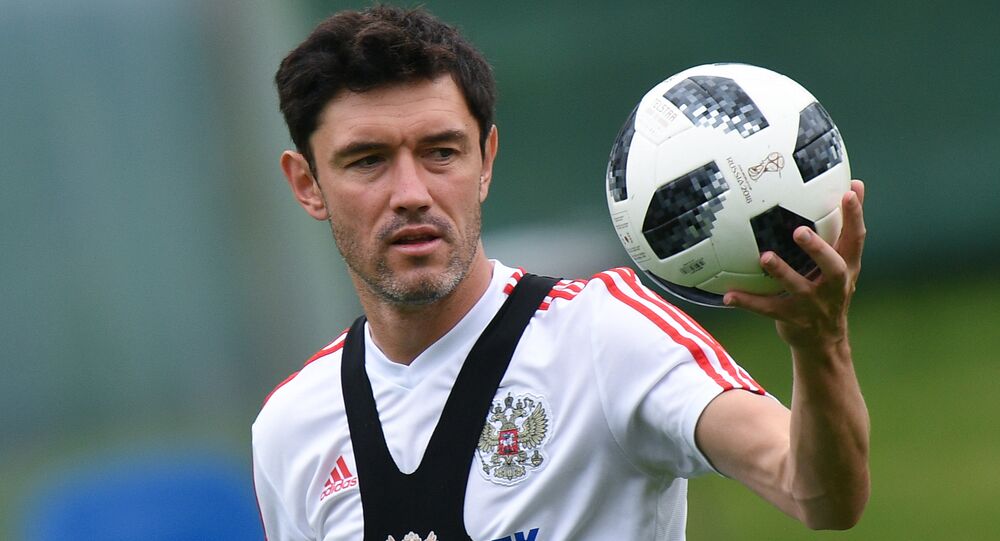 The 34-year-old Zenit Saint Petersburg player, who has been capped 84 times for Russia, suffered a minor foot injury on Thursday and trained individually in the gym before joining the rest of the squad on Friday.

The Russia squad is holding an open training session for fans on Saturday as part of the preparation for 2018 FIFA World Cup, which will be held in Russia between June 14 and July 15.

© Sputnik / Mikhail Voskresenskiy
Russia Holds Full-Squad Training Session Ahead of 2018 FIFA World Cup
The host nation will take on Saudi Arabia in the World Cup opener at Moscow's 81,000-seat Luzhniki Stadium on June 14 before facing Egypt in St. Petersburg on June 19 and Uruguay in Samara on June 25.