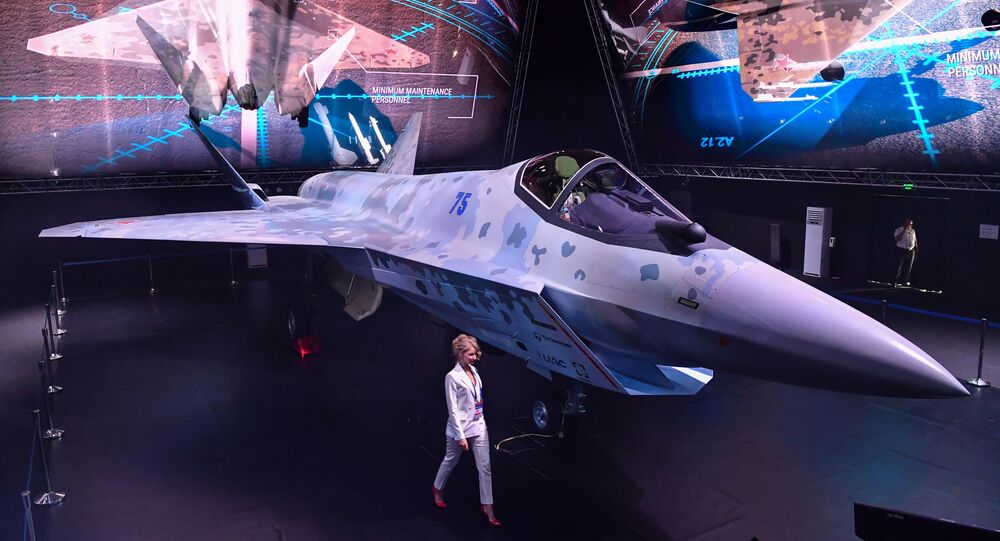 ZHUKOVSKY, Russia (Sputnik) - Russia's new single-engine fighter Checkmate, the prototype of which was presented at the MAKS-2021 air show in the Moscow region, may be in demand in the Middle East, North Africa and Southeast Asia, Russian Federal Service for Military-Technical Cooperation Director Dmitry Shugayev said.

"The Middle East may be highly interested, as well as countries of Southeast Asia and North Africa", Shugayev told reporters at the air how.

Single-engine fighters are cheaper and more competitive and are designed to perform light fighter aviation tasks, the defence cooperation agency chief added, emphasising that price will be one of the competitive advantages of the new combat aircraft.

"Objectively, capabilities of top items [such as Su-57 fighter] are not always really needed, this may be simply redundant", Shugayev specified.

© Sputnik / Евгений Биятов
Prototype of the Checkmate fifth-generation fighter at the MAKS air show, showing the aircraft's four tail surfaces and single engine, which is unusual for Russian aircraft.

Rostec state corporation is developing Russia's first fifth-generation lightweight multi-role fighter with one engine. The new aircraft will have reduced radar visibility and high manoeuvrability and use elements of artificial intelligence. Its maximum combat load will exceed 7 tonnes and its maximum speed must reach two speeds of sound.

The international aerospace show is taking place from 20-25 July. Sputnik News Agency is an official media partner of the event.