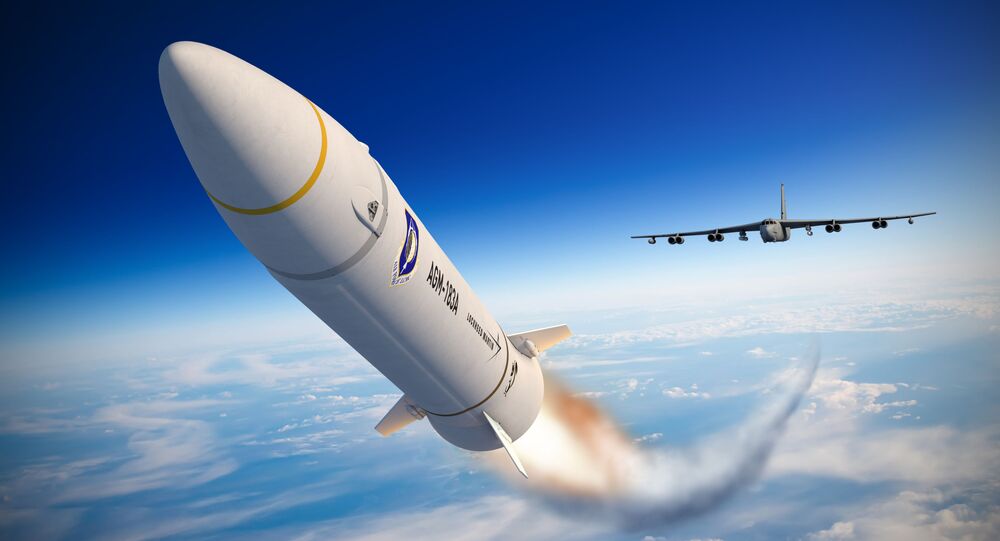 US defence contractors are working on at least eight separate hypersonic missile programmes for the Air Force, Army, and Navy. Despite committing billions of dollars, the Pentagon’s projects have yet to produce an operational weapon. Russia and China began putting hypersonic systems into operation in the late 2010s.

The subcommittee did not provide a reason for the proposed cut in funding, said to be the equivalent of about four production ARRW missiles, with the cuts alluded to in a report accompanying a review of the proposed defence budget bill for fiscal year 2022. Congress is requesting a total of $705.9 billion in spending (equivalent to over a third of global arms spending in 2020) in the next fiscal year.

Developed by Lockheed Martin, the ARRW is a boost glide weapon that’s expected to be able to accelerate to speeds of over Mach 7 (over 8,575 km per hour) and strike targets up to 1,600 km away from the aircraft carrying it, which may include the B-52 and B-1 Lancer bombers, as well as the F-15 tactical fighter.

Lockheed was awarded nearly a billion dollars for hypersonics, including the ARRW, in 2018, and the weapon is expected to become production-ready sometime in the early 2020s. The ARRW programme has faced a number of development challenges, with the missile itself yet to see a successful test flight. Donald Trump is believed to have referenced the ARRW in May 2020 when he boasted that the US was creating a “super-duper missile” that was 17 times faster than anything else in America’s arsenal.

The subcommittee’s request for the ARRW is odd, given that in other areas, they question the frugality of Pentagon proposals and urge for additional spending to be allocated. Overall, the subcommittee reportedly seeks $1.7 billion more in funding for procurement, but a $1.6 billion cut in research and development spending.

© Sputnik / Vitaliy Ankov
Russia's MiG-31K Jets Capable of Carrying Hypersonic Missiles Arrive in Syria, Defence Ministry Says
The US Army is expected to receive Common Hypersonic Glide Body weapons capability for one of its units by September of this year. None of the other programmes have reached operational and production capability yet.

Russia reached operational hypersonic capability in late 2017, when the Kinzhal air-launched ballistic missile system was delivered to a unit in the Southern Military District. China, meanwhile, showed off its first hypersonic glide vehicle – the DF-ZF – at a parade in October 2019, with the system declared to be operational.