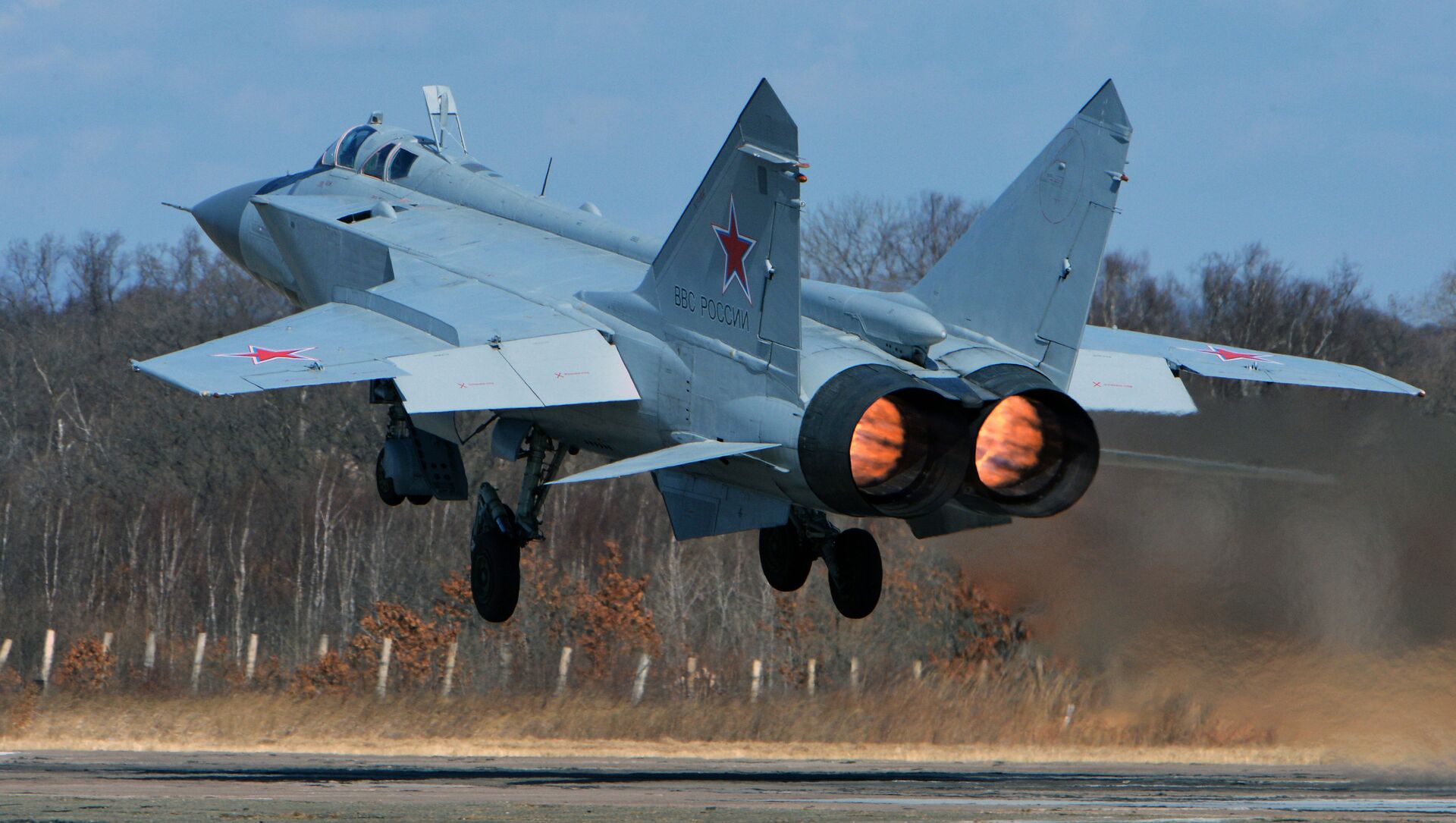 MOSCOW (Sputnik) - Two MiG-31K fighter jets capable of carrying Kinzhal hypersonic missiles have been deployed in the Syrian Khmeimim air base for the first time as part of preparation for an upcoming joint military exercises, the Russian defence ministry said on 25 June.

The Russian Navy and the Aerospace Forces will conduct joint drills in the Mediterranean Sea on 25 June.

“A pair of MiG-31K aircraft, which are able to use the newest Kinzhal hypersonic missiles, flew for the exercise to Russia’s Khmeimim Air Base in the Syrian Arab Republic,” the statement read.

The aircraft will carry out “learning tasks” in Syria, one of the crews said.

The Kinzhal hypersonic missile was first introduced by Russian President Vladimir Putin in a message to the Federal Assembly in 2018. The missile is capable of speeds of ten Machs and is said to be capable of overcoming all existing air defence and missile defence systems, delivering nuclear and conventional warheads at distances of up to two thousand kilometres.