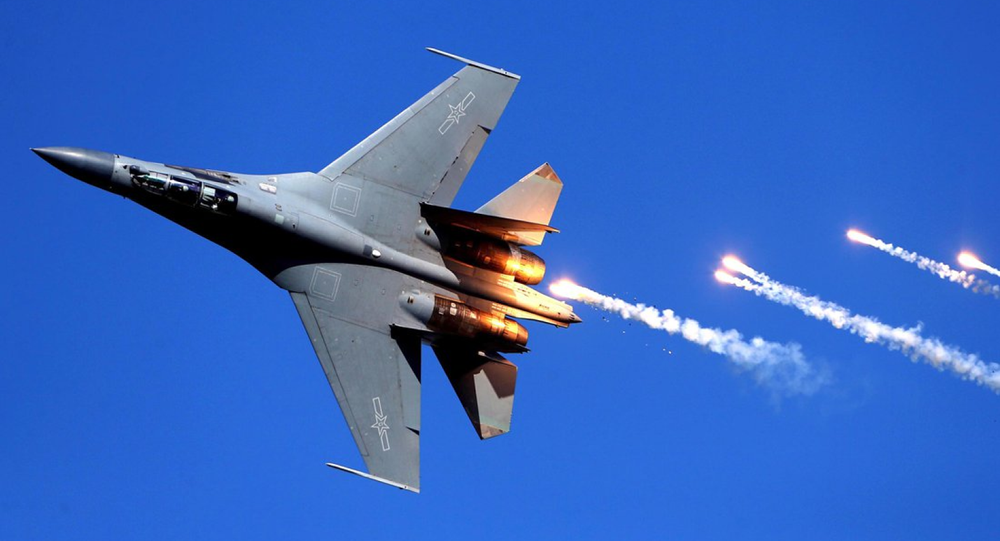 Amid a race by countries to rapidly enhance the unmanned capabilities of their air forces to produce next-generation advanced combat aircraft, a former nuclear test range in a remote corner of China’s Xinjiang province has been intriguing experts in the field.

A big, remote and mysterious area of land in China has triggered fresh speculations that Beijing may have set up its equivalent of the American “Area 51”, where it is working on developing unmanned military aircraft.

The original 'Area 51' is a classified United States Air Force (USAF) facility located within the Nevada Test and Training Range and commonly thought to support the development and testing of experimental aircraft and weapons systems.

The War Zone cited obtained satellite imagery from Planet Labs dated June 1 ostensibly showing China's similarly secretive test base near Malan in Xinjiang province. The Lop Nur nuclear test facility was established in 1959, with some 45 nuclear tests reportedly conducted in this desert wasteland before it ceased operations in 1996.

🇨🇳 In the latest images of the Malan airfield (Xinjiang #Uygur Autonomous Region, China), a J-16 fighter appeared against the background of unmanned aerial vehicles, on which some new test tests are underway, possibly with the introduction of artificial intelligence. pic.twitter.com/NSFinDgT4K

"At first glance, we thought this could be an unmanned or optionally manned Flanker derivative that is undergoing testing, or something to do with aerial teaming of manned and unmanned aircraft," wrote The Warzone's Tyler Rogoway.

The publication suggested that an AI infusion program may be underway. Other countries have reportedly been actively pursuing such programmes. In the case of Australia, its Loyal Wingman drone project is a case in point. The large AI-controlled drones are intended to fly in conjunction with an F-35 Stealth Fighter.

A similar "Skyborg" project is being developed by the US, says the outlet. Beijing is believed to call its project "Intelligence Victory".

About 200km southeast of Lop Nur is an even more unusual facility undergoing heavy expansion work, first signs of which were reported in 2016. The three 5-km-long runways are arrayed in a triangular formation, according to satellite images supplied by commercial company Maxar to NPR.

This is believed by experts to have been the landing site of China's first uncrewed spaceplane flight in September last year. The spacecraft - mounted on a Long March 2F rocket - was launched from the Jiuquan Satellite Launch Centre in northern China on 4 September and returned to Earth after two days in orbit.

Satellite photos from Maxar appear to testify to an extensive expansion of its hangar and service facilities being carried out.

"The latest rumor (March 2021) suggested that a J-16 testbed featuring the AI algorithm "Intelligence Victory" acting as the copilot in the backseat has been undergoing test flights at SAC."

So the tailart is indeed real and not a watermark. pic.twitter.com/mSqu0EaGN5

The aircraft reportedly spotted at Malan could be the part of China’s unmanned air combat development programme, surmises the outlet. There have not been any official comments from Beijing regarding the speculations.