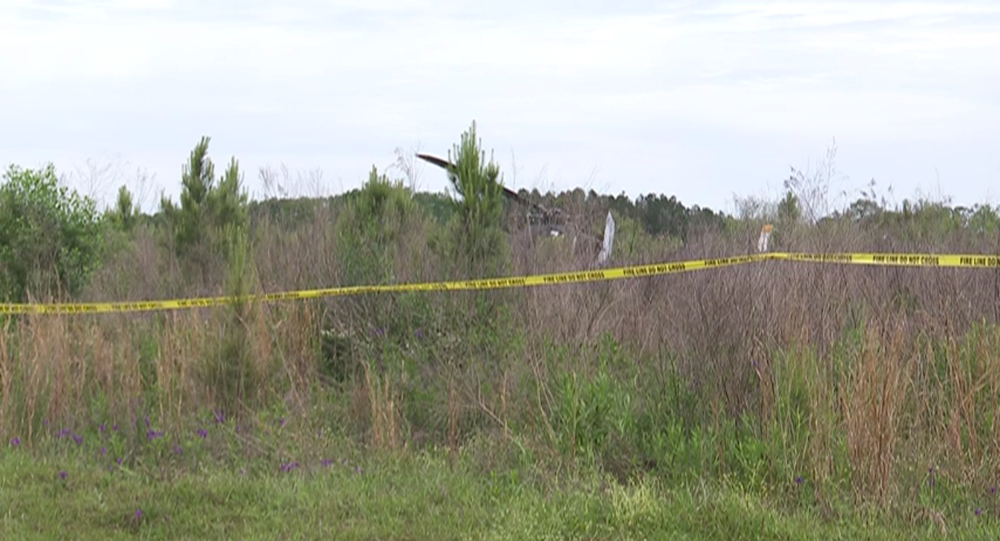 Two Hurt, One Seriously, in ‘Aviation Mishap’ at US Army’s Helicopter Training Base

Fort Rucker is one of 11 US military bases named after Confederate leaders, which the Pentagon pledged to rename in the aftermath of a nationwide uprising against police violence and white supremacy last year.

According to base officials, two people were involved in a helicopter crash at Fort Rucker, a US Army base in southern Alabama on Tuesday.

The “aviation mishap” occurred on a UH-72 Lakota helicopter during a training flight on Tuesday morning. The scout helicopter is commonly used at Fort Rucker’s Army Aviation School and can carry two pilots and up to nine passengers. It is not considered suitable for combat operations and was developed for domestic uses.

The incident happened near the Brown Stagefield, a separate facility west of New Brockton also operated by Fort Rucker. According to local reports, first responders were instructed to deal with an “entrapment” situation.

Local news has reported that one person is listed as being in serious condition and the other in stable condition. The Army has launched an investigation of the crash.

Another helicopter crash also happened recently at Fort Rucker in February, when an Apache attack helicopter crashed at Hooper Airfield, another Army facility attached to the base. Local reporters described the helicopter as being upside down, but both pilots survived the crash.

Fort Rucker is named after Edmund Rucker, a colonel in the Confederate Army, a rebel movement that attempted to secede from the United States during the 1861-1865 Civil War in an attempt to preserve the institutionalized enslavement of black people, whose labor was the foundation of the plantation economy in the southern US states. The Confederacy lost the war and the rebellious states were reincorporated; however, amid the reassertion of white supremacist rule in the South under the Jim Crow apartheid system, many Confederate figures were rehabilitated and honored with statues and other honorifics, such as having military bases named after them.

In the aftermath of the nationwide uprising against police violence and white supremacy in the summer of 2020, which in part targeted such Confederate honorifics, then-US Defense Secretary Mark Esper said the Pentagon would establish a commission to rename all US bases named after Confederate war heroes, including Fort Rucker. Then-US President Donald Trump reversed that order, but lawmakers later included it in the 2021 National Defense Authorization Act.