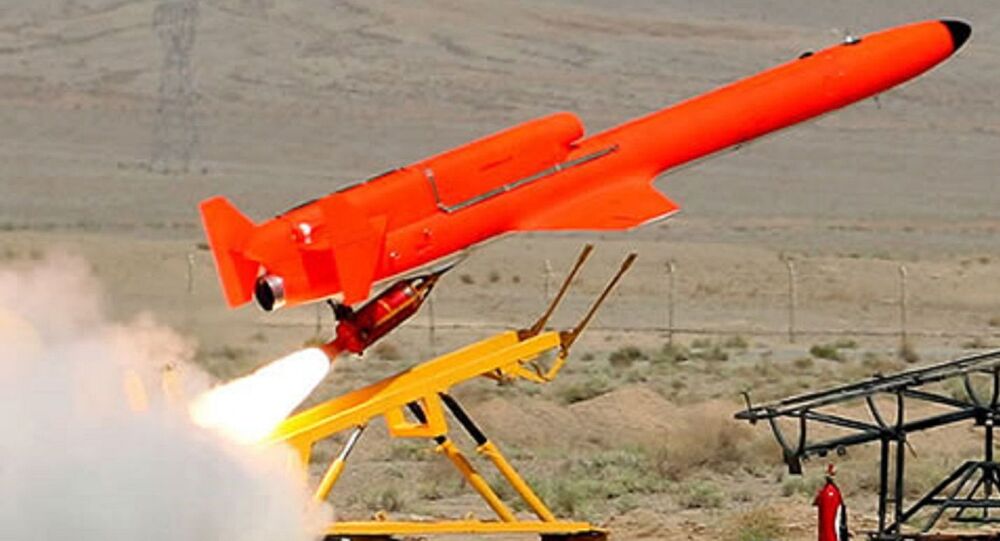 Following the introduction of a UN ban on armaments' sales to the Islamic Republic, Tehran started to develop its own domestic defence industry. In terms of drones, Iran has reached significant heights since starting their development by trying to copy Israeli and American models.

Iran has shown off an extensive collection of its military drones. The hardware display came during the country's annual National Army Day parade. The models demonstrated included an aircraft fitted for a variety of purposes – from committing simple kamikaze attacks and surveillance to carrying out precision strikes.

Military trucks carried the latest additions to the Iranian Air Force, the Kaman-22 reconnaissance and strike unmanned aerial vehicle (UAV), first shown in 2021 and Kaman-12 drones first produced in 2019. The military column also demonstrated the somewhat older Qods Mohajer-6 that was developed in 2017, as well as other drones in this UAV family developed for tactical-combat purposes.

Older Yasir surveillance drones and the HESA Karar UAV, normally used in shooting exercises, were also demonstrated during the parade, which was limited in scale this year due to COVID-19 limitations.

Iran's path to becoming a formidable drone-operating power in the region started with capabilities being significantly limited by international sanctions. The country had to rely on copying foreign drone models, retrieving debris from nearby countries or after they were shot over Iranian skies.

Now, the Iranian Air Force and the rest of the military can operate "more professionally than ever" before using modern military equipment developed in the conditions of "economic war", the country's President Hassan Rouhani said.

"The morale of the military forces and their weaponry have never been better than they are today", Rouhani added.

Drones are not the only sphere where the Iranian defence industry has been making progress over the last several decades. The country is currently producing its own small arms, warships, jets, and missiles, including ballistic rockets. The latter has been a point of concern for Israel and the US, with Washington suggesting that Iran's ballistic missile programme be limited by the international community just like its nuclear programme. Tehran, however, rejects any idea directed at impeding the development of its own ballistic missile weaponry insisting that it poses no threat to the US due to the limited radius of Iranian missiles.