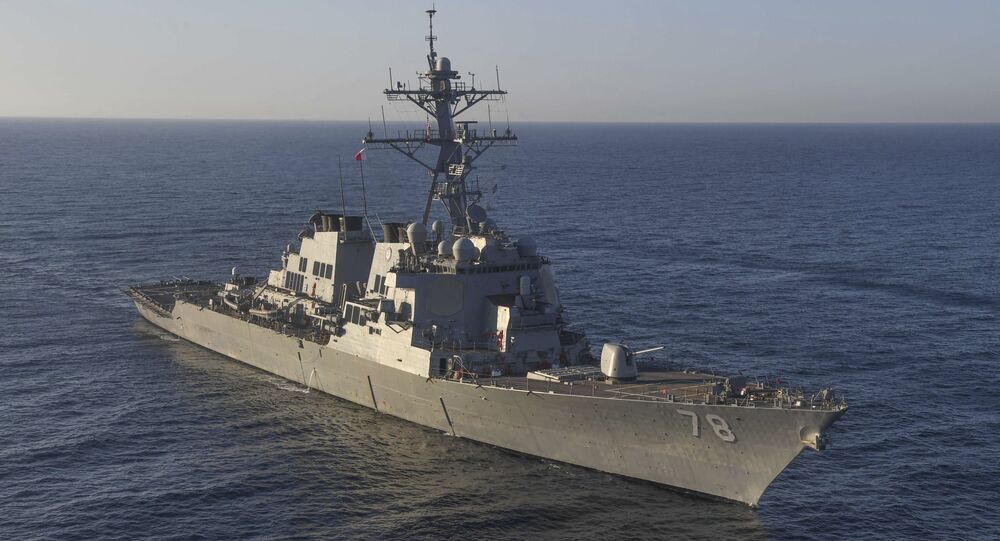 US Arleigh Burke-class missile destroyer the USS Porter has entered the Black Sea, the US Navy's Sixth Fleet has reported on its Twitter page. According to the US Navy, the destroyer entered the region with the aim of conducting "maritime security operations" there. The American military did not specify how long the warship will stay in the Black Sea.

BREAKING: 🇺🇸 #USSPorter began its straits transit into the Black Sea to conduct #maritimesecurity operations in the region. @USNavy ships ⚓️ and aircraft ✈️ routinely operate in the #BlackSea in support of our @NATO Allies & partners!#PowerForPeace #NATO #TogetherStronger pic.twitter.com/UZSlS1sXV6

The USS Porter thus joined another guided-missile destroyer, the USS Donald Cook, which entered the region on 23 January. Replenishment oiler the USNS Laramie joined the USS Donald Cook a day after its arrival in the Black Sea. It conducted joint maritime and air interoperability drills in the region along with a Navy P-8 Maritime Patrol Reconnaissance Aircraft and a NATO E-3A AWACS spy plane.

Announcing the USS Porter's arrival in the Black Sea, the Sixth Fleet pointed out that the US Navy and Air Force routinely conduct operations in support of NATO "allies and partners" in the region. The alliance's military presence intensified following a government coup in Ukraine in 2014 and a referendum in Crimea, which saw the peninsula re-join Russia. Russian warships deployed in the sea often track the alliance's forces in the region to observe their actions.

"The forces and means of the Black Sea Fleet have begun to monitor actions of the US Navy destroyer Porter, which entered the Black Sea at 19:00 [16:00 GMT] on 28 January 2021", the Russian Defense Ministry's National Defense Control Centre said.

Moscow has repeatedly denounced NATO military operations in the Black Sea, stressing that they do not serve security purposes and only destabilise the situation in the region. According to the Kremlin's viewpoint, only regional powers should conduct such operations there, although international agreements allow the militaries of other states to cross into the Black Sea.