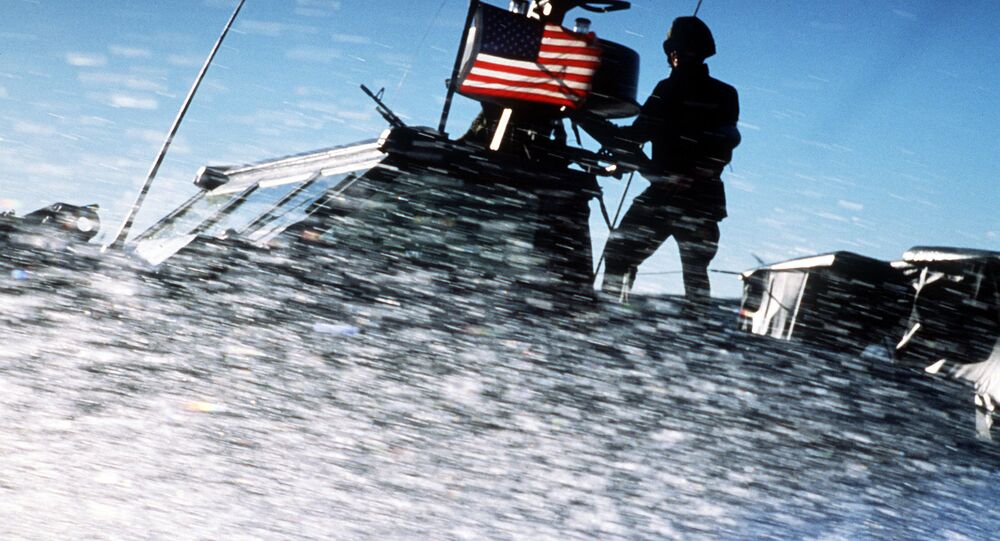 The goal of a naval boarding action is to invade and overrun the personnel on board an enemy vessel in order to capture or destroy the ship.

With the importance of naval boarding increasing nowadays, the US Navy SEAL special operation forces are not the only ones who are capable of implementing such a mission, Business Insider reports.

Boarding is an offensive tactic used in naval warfare to engage an enemy marine vessel by inserting combatants aboard the ship.

In the US Navy, such a tactic is done as part of so-called Visit, Board, Search, and Seizure (VBSS) operations, which apart from SEALs can be conducted by Reconnaissance Marines, Army Green Berets, the Coast Guard's Maritime Security Response Teams, and even conventional Navy crews, who "have varying levels of proficiency in VBSS", according to Business Insider.

The news outlet cited Lino Miani, a former Special Forces officer and president of the Combat Diver Foundation, as saying that VBSS remains "one of the most complex and dangerous of MAROPS [Maritime Operations] missions", and "[…] requires special equipment and training".

The ability of Special Warfare Combatant-Craft Crewmen (SWCC) to get the assault element to the target plays an important role in the US Navy succeeding in a VBSS mission.

An unnamed former SWCC operator was quoted by Business Insider as saying that "the trickiest part [during a VBSS operation] is probably keeping the boat up against the ship when the assaulters are climbing".

"The boat captain constantly needs to be feathering the throttles to maintain the same speed as the ship. He also needs to keep the boat snug to the ship without violently banging against it. The safety of the assaulters is in the boat captain's hand", the source added.

© CC0
A US Navy Visit, Board, Search and Seizure (VBSS) team, aboard a Rigid Hull Inflatable Boat (RHIB), from the Ticonderoga Class Guided Missile Cruiser USS COWPENS (CG 63), rehearse using a hook-and-pull assembly during a ship boarding exercise in the Pacific Ocean

Special Forces should bear in mind many other considerations when on a naval boarding mission, the ex-SWCC operator explained, saying that "sea state and illumination certainly play a part".

"Obviously, less moon the better. Going out on a flat calm night may not be ideal, because it's easier to see the silhouette of boats and their wakes. […] Another consideration is trying to not be detected during the approach. There are techniques that SWCCs use to minimise the chance of detection prior to boarding", they noted.

When on board an enemy vessel, US Special Forces units face so-called close-quarters combat (CQB), which may last for hours depending on the size and type of the ship.