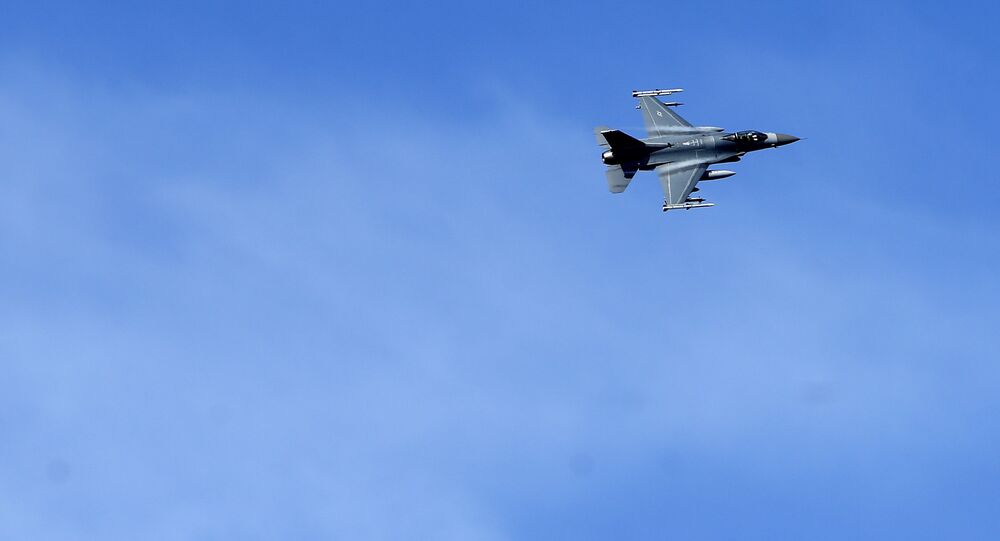 Addressing the US Air Force Association's main annual symposium at the end of 2020, acquisition chief Will Roper touted a new era where rapid design and experimentation of new aircraft, including the 'manufacturing' and 'flight testing' of them will take place primarily in the digital realm.

In a bombshell revelation, the US Air Force claims to have secretly designed, built, and mission-tested a new prototype fighter jet – something that most observers did not expect to happen for another decade.

“We’ve already built and flown a full-scale flight demonstrator in the real world, and we broke records in doing it. We are ready to go and build the next-generation aircraft in a way that has never happened before,” Will Roper, the Assistant Secretary of the Air Force for Acquisition, Technology and Logistics (SAF AQ), was cited as saying by Defense News.

​The interview by the Acquisition Czar came ahead of the Air Force Association’s Air, Space and Cyber Conference on 14-16 September 2020.

​According to the outlet, the Air Force managed to develop the new fighter in the staggeringly brief period of about a year, first producing a virtual version of it, and then proceeding to build and fly a full-sized prototype.

Roper did not offer any information regarding how many prototype aircraft have been flown, which defense contractors manufactured them, and was similarly tight-lipped regarding any aspects of the aircraft’s design.

What is important, according to the US physicist and foreign policy strategist, is that the Air Force has proven it can wield cutting-edge advanced manufacturing techniques to build and test a virtual version of its next fighter, followed up by construction of a full-scale prototype which can be flown with mission systems onboard.

​“This is not just something that you can apply to things that are simple systems,” he said, referring to Boeing’s T-7 Red Hawk trainer jet, the first Air Force aircraft to be built using ‘digital engineering, software development and open architecture’, Roper said, adding:

“We’re going after the most complicated systems that have ever been built, and checked all the boxes with this digital technology. In fact, [we’ve] not just checked the boxes, [we’ve] demonstrated something that’s truly magical.”

The Air Force built the new fighter under its Next Generation Air Dominance (NGAD) programme, which ostensibly hopes to build a jet to supplement or, potentially, replace, the Lockheed Martin F-22 Raptor.

186 Raptors had been built, with about 64 of the fifth-generation fighters ready to fight at a moment’s notice, according to the outlet.

© Photo : Staff Sgt. James Richardson
A US Air Force F-22 Raptor from Joint Base Elmendorf-Richardson and an F-16 Fighting Falcon from Eielson Air Force Base fly in formation over the Joint Pacific Alaska Range Complex, July 18, 201

Will Roper did not specify when the Air Force could move its next-generation fighter into production, only admitting it would happen “pretty fast.”

While the decision regarding how many aircraft the service will commit to buy and when could influence the fiscal 2022 budget, the NGAD programme has the potential to ‘shake up’ the defence industry, write analysts.

If this were to happen in the near term, the F-35 and F-15EX programs might be potentially put at risk by the new ‘challenger’.

​In an intriguing footnote, Roper added that the advanced manufacturing techniques involved in building NGAD could open the door for new contractors, potentially affording SpaceX founder Elon Musk an opportunity to design an F-35 competitor.

“I have to imagine there will be a lot of engineers — maybe famous ones with well-known household names with billions of dollars to invest — that will decide starting the world’s greatest aircraft company to build the world’s greatest aircraft with the Air Force is exactly the kind of inspiring thing they want to do as a hobby or even a main gig,” Roper was quoted as saying.