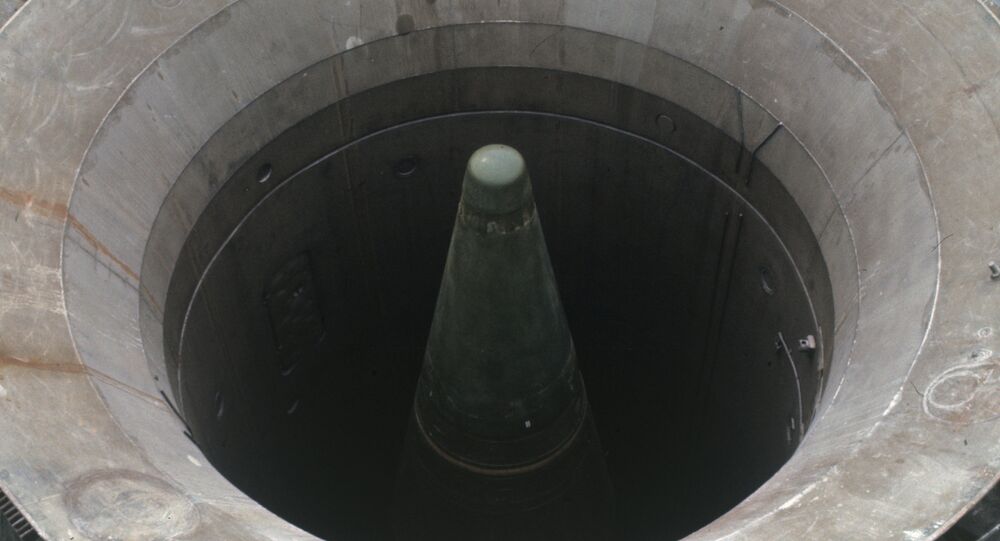 MOSCOW (Sputnik) - US President Donald Trump administration's push for a one-year nuclear deal with Russia after years of dragging its feet on the New START extension is a clear attempt to secure a foreign policy victory ahead of the November 3 presidential election, Angela Kane, a former UN high representative for disarmament affairs, said.

"What it basically means to me and that is really important is that clearly what Trump right now wants is he wants a win for the elections, he wants to say 'look I've done something, I've brought the Russians to the table and we're going to have a new START agreement or we're going to have an extension of the New START agreement, even if it's for one year but I've done something.' So it would be a foreign policy win for him to announce with only two and a half weeks before the elections," she said.

As for a nuclear warhead freeze deal, its details are yet to be clarified, according to the ex-UN disarmament chief.

"On the other hand, to have this freeze on both the US and the Russian Federation strategic and non-strategic stockpiles – you really wonder what does that mean? I mean, there is very little clarity right now: is it a declaration, which is a political agreement, or is it going to be fixed in some way that there is a commitment from both sides? What are the verification measures that have been discussed? So that is something that I find extremely important, we need to clarify that," she stated.

When asked whether she believes that there is still a possibility that the sides will fail to reach an agreement when the treaty expires, Kane said that much would depend on Russia’s readiness to compromise.

She recalled that Moscow had initially offered to extend New START by five years without preconditions, unlike the US, which had plenty of criticism of the accord: "not only do they want the Chinese in it, but they're also sort of saying it does not cover certain categories or weapons which should be covered and we need to negotiate that."

"To make the proposal to have a one-year political agreement to extend it by one year is simply a way to gain time and to give Trump a 'victory' before the elections. But does it really mean that the Russian Federation would be happy with that or would be willing to extend that? That's really what I wonder," she added.

New START, the last major arms control deal between the US and Russia, expires on February 5, 2021.

© AP Photo / Matt York
US Rejection of Putin's New START Extension Proposal Lacks Deep Analysis, Russian Envoy Says
On Tuesday, The Wall Street Journal reported, citing a senior US administration official, that the two nations had nearly reached a deal to extend New START for a year. The State Department later confirmed that the US was prepared to meet immediately to finalize a verifiable agreement.

The news came after Russia expressed readiness to freeze nuclear warheads together with the US to extend the last major arms control treaty by one year. Commenting on the developments, Kane noted that the Trump administration "has known for a long time that this treaty, the New START treaty, was running out," but "kind of dragged their feet."