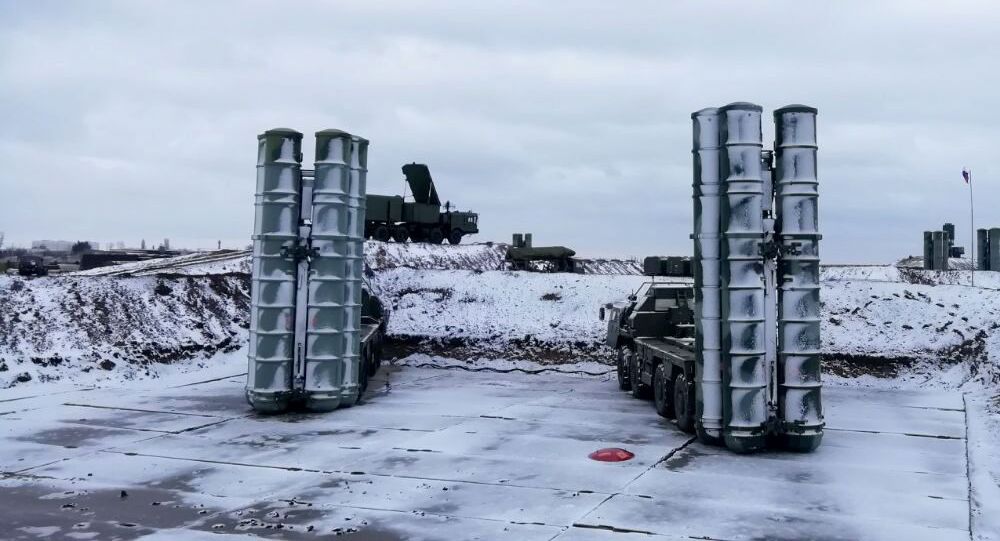 Russia’s air defence troops are equipped with at least 125 battalions of S-300s (about 1,500 launchers total) and 69 battalions of S-400s (552 launchers), with the latter expected to remain the most advanced road-mobile air defence system in Russia’s arsenal until the arrival of the S-500 beginning next year.

The Russian Ministry of Defence has reportedly approved plans to convert stocks of S-300s and S-400s to simultaneously carry a variety of missiles to provide for both long-range strike capability and highly accurate short-range defences using autonomous homing missiles.

Military sources told Russia’s Izvestia newspaper that the modification of the launch platforms will make it possible to instantly switch the missiles used based on the tactical situation.

According to the newspaper, the improved air defence systems are expected to “radically increase the capabilities of domestic air defences, and allow for the creation of an echeloned system of defence to defeat any targets.”

The modernization is expected to affect versions of the S-300 made beginning in the late 1980s, with the systems, known as S-300PMs, to be fitted out with smaller, shorter range anti-air missiles to complement the 48N6 and 40N6 projectiles designed to take down targets at ranges between 150 and 380 km. According to the plans, one or more of an S-300’s four large launch tubes will be replaced with four smaller 9M96 and 9M96M missiles with ranges of between 30 and 120 km and the capability to destroy enemy targets at altitudes of between 20 and 35 km, including short-range ballistic missiles.

This combination is already said to have been successfully tested recently at the Aerospace Forces’ 185th Center for Combat Training in Astrakhan region, Russia.

S-400s, both their domestic and export versions, are already said to have the capability to combine ammunition, with only slight modifications required to bring them up to task.

Lieut. Gen. (ret.) Aytech Bizhev, former deputy commander of the Joint Commonwealth of Independent States Air Defence System, says that combining various calibers of air defence missiles on a single launcher will make it possible to use them more rationally.

“Such a system is needed in order to avoid wasting expensive ammunition on less important targets,” Bizhev explained, speaking to Izvestia. “The decision on which type of missile to use is made depending on the target’s range and class. Why use long-range ammunition at 50 km out if the target can be shot down with a melee missile? It is also desirable to have several different options to destroy a light aircraft or strategic bombers. In the event of a massed raid, missiles of all ranges would come in handy. Technically, such a project is not difficult to implement. The control system is the same, and only the missiles’ engines and warheads are different,” the retired officer added.

Bizhev says the deployment of active warheads not as dependent on radar aboard the older S-300 systems will dramatically improve target destruction probability to a rate of nearly 99 percent.

For his part, Lieut. Gen. Alexander Gorkov, the former head of Russia’s air defence forces, says the upgrade will allow even a single battalion of S-300PMs or S-400s to build up an echeloned system of air defence, enabling it to protect both itself and high value targets such as cities or military facilities from the enemy.

© Sputnik / Ramil Sitdikov
Russian Air Force Receives First S-350 Vityaz Air Defence Systems - MoD
Although they were developed in the late 1990s, 9M96 missiles only recently begun to appear in large numbers among the air defence forces, with the do-it-all missiles also deemed suitable for use aboard warships and possibly even aircraft. At the moment, they are already equipped aboard the S-350 Vityaz, a new air defence system by Almaz-Antei Concern whose deliveries to the military began earlier this year. In addition, they are the munition used in the Poliment-Redut ship-borne air defence system being fitted aboard Russia’s newest frigates and corvettes.

The 9M96 and its extended 9M96M variant feature a mixed guidance system, including inertial guidance with the option of radio correction during the main flight phase, and a homing head which activates in the final phase of flight to be able search out its target independently.