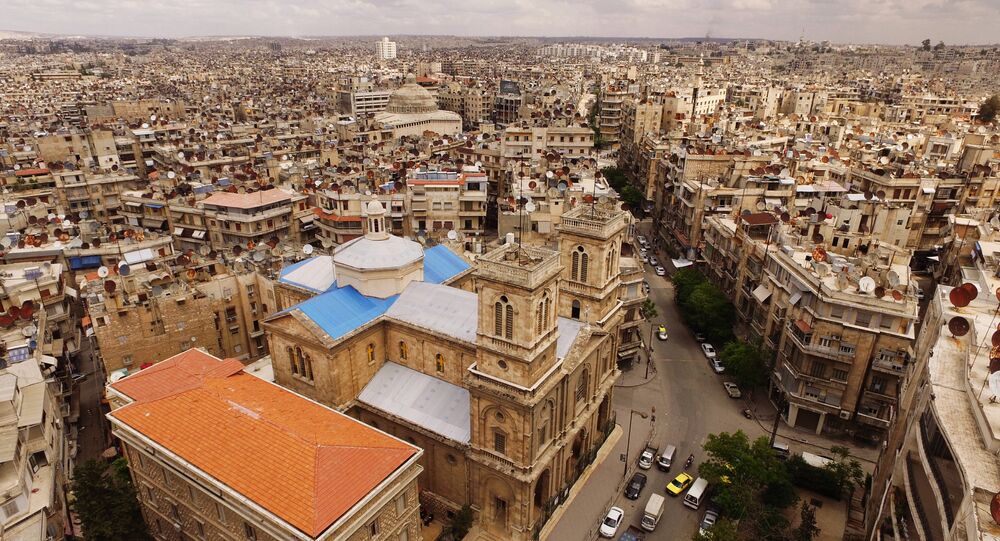 The attack was blamed on Israel by Syrian state media, but the IDF has refused to comment on the accusation. Tel Aviv is suspected of having carried out hundreds of airstrikes in Syria over the last decade, but it has officially confirmed conducting only a handful of them.

The airstrike, which took place in the suburbs of the Syrian city of Aleppo early on 11 September, targeted the country's Al-Safirah missile production plant, ImageSat International, a company specialising in analysis of satellite imagery, reported. Comparing two images of the facility, ImageSat noted that one building was damaged in the attack, while another one, purportedly containing explosive materials used in the production of missiles, was completely destroyed. Both buildings played an important role in the plant's operations, the company claimed.

According to #ISI #assessment, these structures played a significant part in the #missile production at #AlSafirah Missile Factory. The facility, which probably contained #explosives, was destroyed. The second structure, with its machinery and equipment, was damaged. pic.twitter.com/do1n8tuXGy

ImageSat suggested that the attack was aimed at weakening the production of missiles in Syria, alleging that the weapons could have ended up in the hands of Hezbollah. While the satellite image company did not explicitly name the country behind the strike, Syrian state media claimed that Israel, which has a long history of confrontation with Hezbollah, was behind the Friday airstrikes. The media outlets further reported that Syrian air defences managed to intercept most of the missiles.

The Israel Defence Forces have refused to comment on the Syrian media claims. At the same time, Israel rarely confirms allegations made by Syrian news agencies regarding its alleged involvement in airstrikes on the country's territory. Since the start of the civil war in Syria in 2011, Tel Aviv has been accused of carrying out hundreds of strikes, but it has only confirmed conducting them on a handful of occasions.

On the few occasions when Israel has openly admitted to carrying out airstrikes on the territory of Syria, the IDF has claimed they targeted facilities hosting Iranian forces allegedly deployed in the Arab Republic on a mission to attack Israel. Tehran and Damascus have strongly denied the presence of Iranian forces on Syria's territory, with only military advisers from the Islamic Republic having been invited to the country.