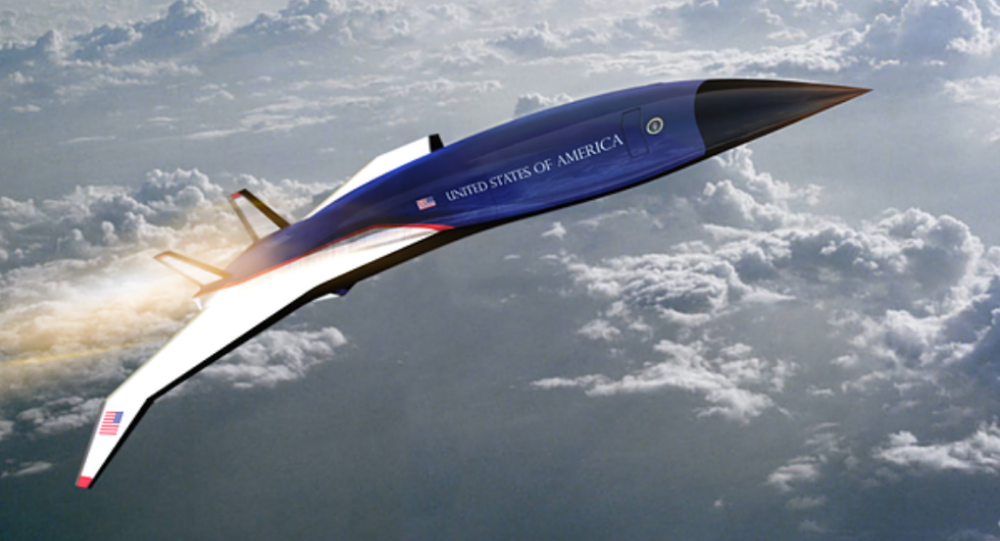 A relatively unknown US aerospace company just won a contract to develop a Mach 5-capable passenger plane to serve as Air Force One, the official aircraft of the US presidency.

On Thursday, the US Air Force and the Presidential and Executive Airlift Directorate signed a contract to partner with Hermeus Corporation, a company attempting to develop hypersonic commercial aircraft, for the firm to build a prototype hypersonic Air Force One.

An image included in Hermeus’ news release about the contract shows a plane of the same design as the “business class” jet featured on the company’s website, but painted in the livery of the US presidential air fleet.

The development follows Hermeus’ successful test in February of a Mach 5 engine prototype, which the company built in just nine months. An aircraft flying at such speeds could make the journey from New York to London in just 90 minutes, instead of the typical seven to eight hours on a subsonic airliner.

A hypersonic cruise missile or glide body is difficult enough an undertaking - US efforts have lagged behind China and Russia for years - but to develop an aircraft capable of such speed, especially one that would ferry passengers, is a completely different kind of challenge.

The company has time, though. Rob Weiss, a former director of Lockheed Martin’s advanced design bureau Skunk Works who now sits on Hermeus’ board of advisers, said in May 2019 that the company planned to launch a commercial hypersonic jet eight to 10 years in the future, and other company figures have said they plan to have a test aircraft flying in five years.

Plus, the Air Force won’t even receive its last order of new Air Force One jets, which are modified Boeing 747-8s, until next year.

“The materials, the propulsion systems, those are well understood. The challenge is integrating those technologies,” Weiss said of hypersonic technology, Aerospace America reported.

According to Hermeus’ news release, its hypersonic engine is an advanced combined cycle engine. Such a device combines a traditional turbojet engine with a ramjet, which relies on the vehicle’s high speed to compress the air coming into its intake duct instead of an accelerating fan, giving it both enormous power and efficiency. Having both types of engine in a single apparatus ensures the aircraft can fly safely at both low and high speeds.

Hermeus
An advanced combined cycle engine developed by Hermeus, which combines a turbojet and a ramjet engine and will be used to power the company's hypersonic aircraft

"Leaps in capability are vital as we work to complicate the calculus of our adversaries,” Air Force Program Executive Officer for Presidential & Executive Airlift Brig. Gen. Ryan Britton said in the news release.

“By leveraging commercial investment to drive new technologies into the Air Force, we are able to maximize our payback on Department of Defense investments. The Presidential and Executive Airlift Directorate is proud to support Hermeus in making this game-changing capability a reality as we look to recapitalize the fleet in the future."

No time limit for delivery of the proposed hypersonic plane was stated in the release.

Earlier this week, Virgin Galactic’s The Spaceship Company unveiled its own plans for a Mach 3-capable airliner, although as Sputnik reported, the passenger jet would only carry a few dozen people at a time.