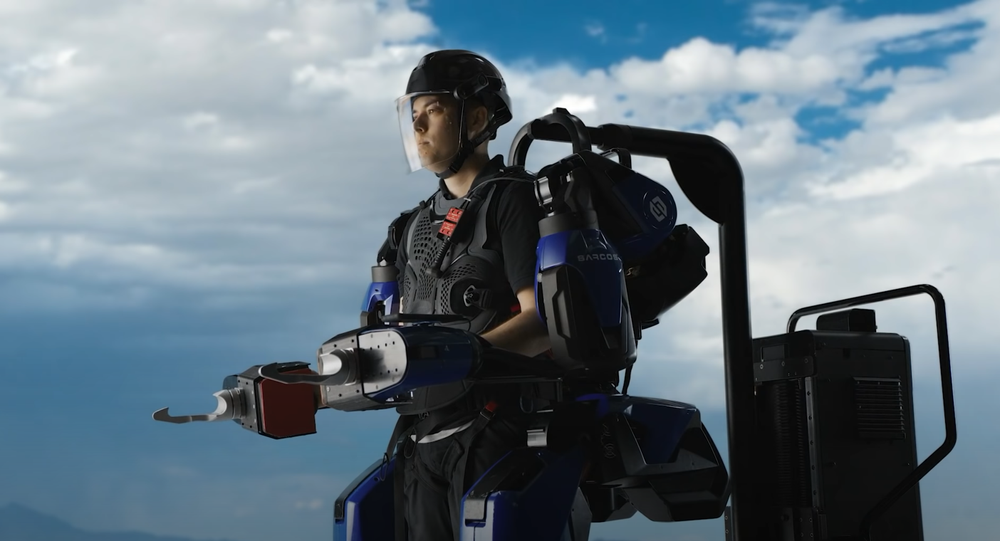 The US Marine Corps, with the hopes of scaling back Marine team numbers, will soon begin testing a full-body, robotic exoskeleton that is marketed to allow a single user to do the work of four to 10 people for hours on end.

“As the US Marine Corps focuses on logistics and sustainment modernization as one of their key priorities and looks to reduce the manpower required to conduct expeditionary operations, the Guardian XO is well-suited to fulfill a wide variety of logistics applications to address their needs and requirements,” Sarcos Defense said in an announcement obtained by Military.com.

"The ultimate goal is to provide troops with an edge by boosting their capabilities and dramatically improving safety and productivity in a variety of logistics applications.”

Predicted uses for the Guardian XO Alpha suit include the movement of heavy equipment and artillery that would normally require a forklift operator or several individuals to move. Ben Wolff, chief executive officer of Sarcos Defense, told Military.com that he expects the suit to reduce heavy-lifting injuries among the military.

Without naming an exact cost, a representative for the recently-awarded contractor told the outlet that a single Guardian XO Alpha suit will run the military a fee comparable to that of an employee who makes $52,000 annually, plus a number of additional expenses, such as benefits, taxes and supervision costs.

A brief video uploaded to the parent company’s YouTube account on March 4 shows the exoskeleton in action.

"Instead of a team of four Marines, maybe you only need a Marine with this capability to offload pallets or move or load munitions," Jim Miller, Sarcos Robotics' vice president of defense solutions, told Military.com.

There are some limitations to suit, however. According to Miller, the suit is designed to fit Marines within a height range of five feet two inches to six feet two inches. Additionally, the exoskeleton can only be in constant use for eight hours straight.

Military.com noted that the US Air Force and US Navy are also in talks with the contractor to explore exoskeleton options.