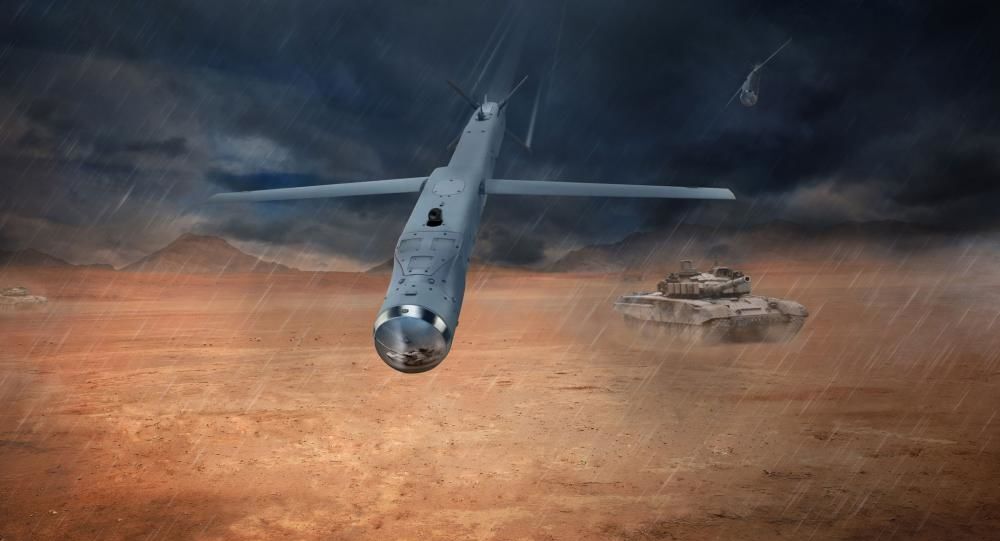 The US Air Force Research Laboratory (AFRL) is preparing for its first test of a new technology that would allow munitions to communicate with one another mid-flight, making decisions about how best to attack their assigned targets.

The Air Force has long been researching linking autonomous drones and aircraft via artificial intelligence networks like SkyBorg, but now researchers are looking to begin the first tests of a related program that would allow bombs and missiles to make their own decisions on the way to their targets about how best to carry out those attacks.

The system is appropriately called the “Golden Horde,” named after the horse-mounted Mongol armies that conquered much of western Asia and Eastern Europe. The Golden Horde’s armies were organized into autonomous command units, making them dynamic and unpredictable - and nigh-undefeatable - on the battlefield, since they could adapt to a changing situation faster than any comparable army.

“With all the talk about artificial intelligence and other things in ‘Terminator’ movies … [there’s] certainly some trepidation of what independent capability a weapon may have,” Col. Garry Hasse, director of the AFRL’s Munitions Directorate, told Defense News last month.

The AFRL plans on testing Golden Horde on modified “collaborative” versions of the Small Diameter Bomb (SDB) I and Miniature Air Launched Decoy (MALD) dropped by F-16 Falcon aircraft this fall and winter. However, the bombs won’t be autonomously picking their own targets, Hasse urged: they’ll be capable of making limited decisions from a set of options chosen in advance by an “autonomy module” algorithm playbook.

“[Mission planners] would give information to the weapon on an appropriate engagement zone, where it would be considered proper for the weapon to engage targets,” Golden Horde program manager Norma Taylor told Defense News, “and they would give the weapons information on known targets in that zone.”

“But if they have some idea that there might be other targets out there that they don’t know, they will give the weapon some information in terms of priorities, so that if you come across a higher-priority target that’s in the authorized engagement zone, then you have permission to change your assignment,” she said.

Integration of the bombs and Golden Horde tech is being managed by separate groups for the bombs: the SDB is being covered by Scientific Applications and Research Associates Inc. for a $100 million contract, and the MALD by Georgia Tech Applied Research Corporation on an $85 million contract, according to Air Force Magazine.

The Small Diameter Bomb II, or GBU-53 StormBreaker, is expected to one day become the bread-and-butter weapon for the F-35 Joint Strike Fighter, but problems with the slim munition’s folding wings have delayed its adoption by close to a year, the Government Accountability Office recently reported.