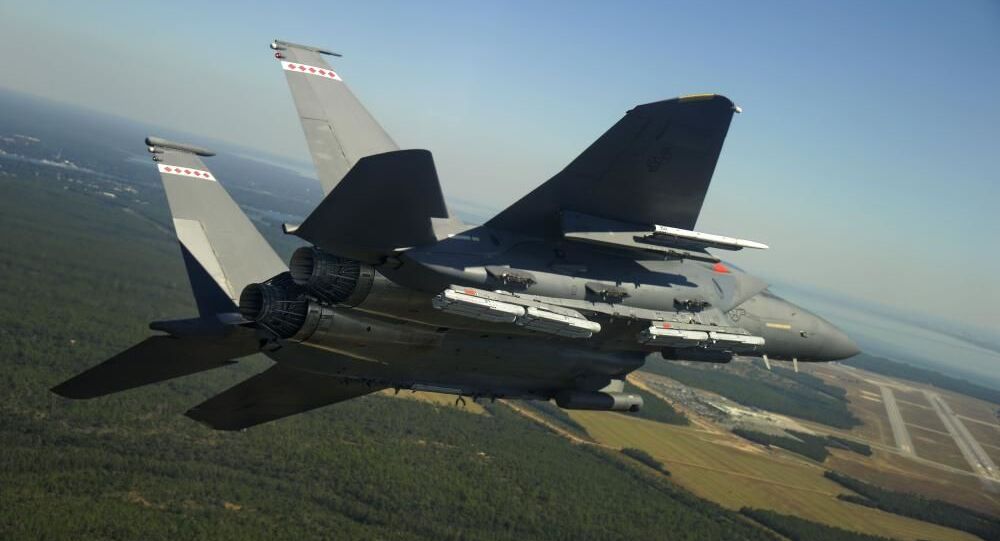 A Government Accountability Office (GAO) report has warned the US Air Force’s GBU-53 StormBreaker, better known as the Small Diameter Bomb II (SDB), has suffered almost a year’s delay thanks to a problem discovered with the gliding bomb’s folding wings.

The slim SDB is a 204-pound munition fitted with a pair of long gliding wings that enable it to soar up to 40 nautical miles, homing in on its target with a trio of seeking methods: infrared imaging, millimeter-wave radar and semi-active laser. The bomb is anticipated to be used on the F/A-18 Hornet, F-15 Eagle and F-35 Lightning II.

However, a serious problem with the bomb’s gliding wings has delayed production and initial operational capability (IOC) for nearly a year, according to a recent report by the GAO, a Congressional watchdog agency.

According to the GAO, the bomb’s long gliding fins, which remain folded atop the bomb during storage, could “inadvertently deploy before launch.”

“While this problem could affect all aircraft carrying the bomb, officials said the greatest impact is to the F-35, because the bomb is carried in the aircraft’s internal weapons bay and could cause serious damage if the fins deploy while the bomb is in the bay,” the report notes.

The SDB would be especially valuable to the F-35, since the plane’s internal bomb bay, necessary for storing munitions if the plane’s stealthiness is to be preserved, is not large enough to handle many weapons. The plane’s Block 4 upgrade has also stalled, preventing it from carrying other weapons such as the Naval Strike Missile and B61 nuclear bomb.

Raytheon has been forced to retrofit at cost all 598 SDBs delivered to the Air Force with a redesigned clip that reduces vibration of the fins.

“The fin clip failure is the sole reason production was partially halted; once final government approval is obtained, ‘all up round’ production can resume,” Bailey told Defense News, which noted his use of a term that describes a fully assembled weapon. Bailey noted the board that has been reviewing the problem since December is in the “final stages of analysis.”

IOC is now expected to be achieved by August 2020, according to the GAO.