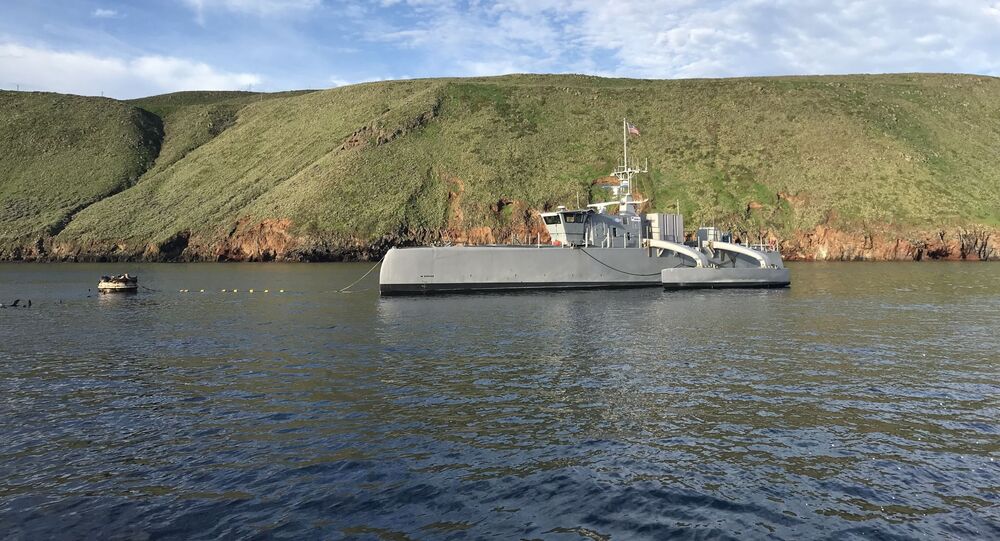 Members of the House of Representatives Armed Services Committee are requiring US Navy officials to secure proper certifications before Congress will consider the procurement of large unmanned surface vessels (LUSVs).

Lawmakers with the House Armed Services Subcommittee on Seapower and Projection Forces noted this week in their 2021 National Defense Authorization legislation proposal that they would "prohibit the procurement of any large unmanned surface vessels in fiscal year 2021 until a certification regarding technology maturity has been submitted to Congress."

“This section also includes a prohibition on the inclusion of offensive weapons systems,” reads Section 222 of the “Program Requirements, Restrictions, and Limitations” subtitle.

The document notes that funds “made available for fiscal year 2021 for the Department of the Navy” cannot be used for the procurement of any LUSV, unless the secretary of the Navy issues a written statement certifying the vessel’s hull, mechanical and electrical systems, command control system, reliability and technology readiness.

It also details that the Navy secretary “may not integrate any offensive weapon system into [an LUSV] until the date on which the Secretary of the Defense certifies to the congressional defense committees that any [LUSV] that employs offensive weapons will comply with the law of armed conflict.”

"If you look at their acquisition strategy, there's really no gap between what they're calling these prototype ships and when they go into actual serial production," a committee aide told reporters on Monday, according to Military.com. "So essentially, they've been trying to go into serial production from the very beginning.”

"We don't believe that's a sound strategy,” they added.

Rear Adm. Casey Moton told attendees of a virtual event co-hosted this week by the US Naval Institute and the Center for Strategic and International Studies that he is confident in how the Navy is approaching concerns about unmanned systems.

“From my standpoint we are making a lot of great progress in working out the technical maturity, answering those kinds of questions [about how to employ and sustain the vessels] and getting the requirements right before we move into production,” Moton said on Tuesday, as reported by US Naval Institute News.

This news comes after Defense Secretary Mark Esper’s call for more “more smaller surface combatants” and the removal of two aircraft carriers from the Navy’s fleet.

“You can build them so they’re optionally manned, and then, depending on the scenario or the technology, at some point in time they can go unmanned,” the secretary told Defense News in February.