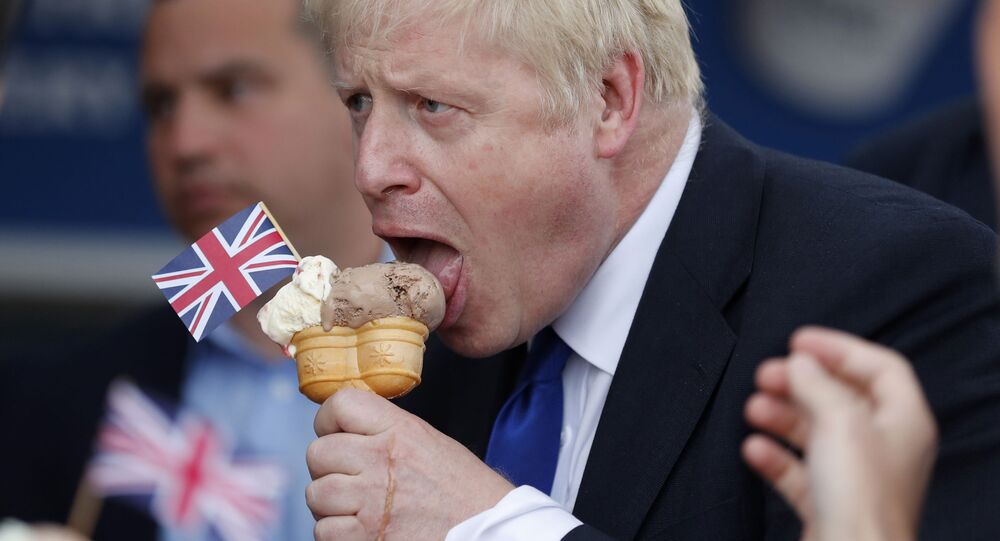 On 22nd June, The Guardian published a bombshell “exclusive” – “Johnson and May ignored claims Russia had 'likely hold' over Trump” – suggesting the former Prime Minister and then-Foreign Secretary turned a blind eye to suggestions the Kremlin was controlling the President for fear of offending Washington.

However, given the source of that allegation, the story is hardly a scandal, or particularly noteworthy at all – for the shock headline is based on the testimony of former MI6 operative Christopher Steele.

Steele submitted written "evidence" to Parliament’s Intelligence Security Committee, which in November 2017 launched an investigation into alleged Russian interference in UK. Its resultant report was passed to Boris Johnson in October 2019, but is yet to be published as of June 2020, which has prompted much mainstream media conspiracy theorising about its content, and the reasons for its “suppression” by Whitehall.

If ya wanna claim Trump conspired w/ Russia's meddling efforts, then you believe in a debunked conspiracy theory based on the Russian disinfo compiled in the Steele Dossier that was paid for by Hillary and used by FBI to defraud the FISA court.https://t.co/o25LwopTf3

​The ex-spy claims he first presented a dossier on Trump to senior UK intelligence figures in late 2016, who allegedly took it seriously at first –upon reaching top political decision-makers though, “a blanket appeared to be thrown over it”, with no inquiries made or actions taken thereafter on the dossier by the government.

“In this case, political considerations seemed to outweigh national security interests. If so, in my view, HMG made a serious mistake in balancing matters of strategic importance to our country. A prospective trade deal should never be allowed to eclipse considerations of national security. My understanding…is this government perhaps more than its predecessors is reluctant to see (or act upon) intelligence on Russian activities when this presents difficult wider political implications,” Steele wrote.

It’s unclear whether the “dossier” to which Steele refers is the same utterly discredited document he produced for opposition research firm Fusion GPS on behalf of the Democratic party, but if so, May and Johnson’s failure to “act upon” its contents is understandable.

How have I not seen this until now pic.twitter.com/EWZBFGAaTT

​After all, the dossier is a compilation of unverified, salacious and at-times farcical gossip, which in sum alleges a long-running, clandestine conspiracy between Trump and the Kremlin. Special Counsel Robert Mueller's probe of these among other allegations concluded no such collusion of any kind had ever occurred.

For reasons unclear, the single dossier claim cited in The Guardian is its most notorious and ludicrous – that the FSB secretly filmed Trump in a Moscow hotel room with two sex workers in 2013. The prostitutes allegedly urinated on a bed Barack Obama had slept in previously, in a bizarre and depraved revenge ritual.

Indeed, it would be surprising senior UK intelligence officials took it seriously, as Steele claims – for few others did. Nigel West, one of Britain’s leading experts on espionage, was commissioned in 2017 to conduct a review of the dossier. He concluded its allegations bore “hallmarks of invention”, and there was a “strong possibility all Steele’s material has been fabricated”. He also noted it contained many basic errors, such as referring to a single individual as an expert in three entirely different fields, and references to a Russian consulate in Miami, Florida, which doesn’t actually exist.

Such errors, along with the dossier’s inherently unverifiable nature, may also account for why at least nine separate US media organisations refused to publish any of its claims in the latter half of 2016, despite Fusion GPS’ determined efforts to get it into the public domain. In the end, it would take a circuitous ploy in which Steele and the firm’s cofounder Glenn Simpson briefed the Federal Bureau of Investigation on the dossier’s contents, then “encouraged” journalists to ask the agency whether they were investigating Trump's ties to Russia, for news outlets to finally bite.

The FBI would of course use the dossier in its application for Foreign Intelligence Surveillance Act warrants to surveil then-Trump campaign aide Carter Page. While the warrants were obtained, it’s since been shockingly revealed the Bureau didn’t buy Steele’s claims either, and in fact terminated him as an informant in September 2016 due to his boasting about his work for the agency to the media.

Moreover, DOJ Inspector General Michael Horowitz’s report exposed how the FBI interviewed one of Steele’s sub-sources, who disavowed all the information in the dossier and claimed it misrepresented several things he’d said. Even more unbelievably though, the Bureau even concluded the dossier’s contents may have been influenced by disinformation concocted by Russian intelligence services, and didn’t have “high confidence” in it as a result.

Ironically, The Guardian article’s very conclusion acknowledges it’s unclear how much of Steele’s testimony and ‘evidence’, if any, is even contained in the “Russia report” – which in any event “is expected to say there is no evidence of any successful interference by Russia in recent British elections”. Perhaps British parliamentarians likewise didn’t find him remotely credible.