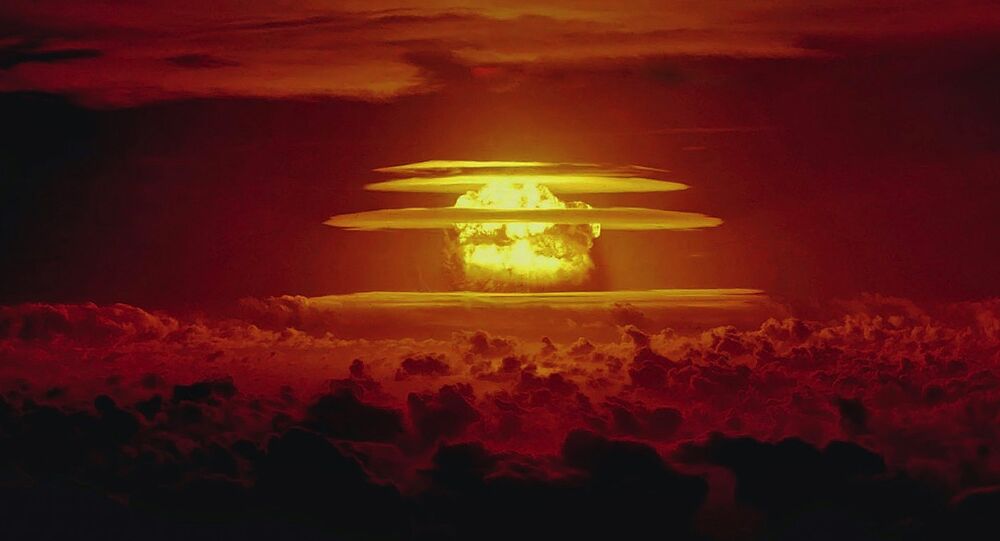 A congressional advisory board has warned that Beijing has developed at least three weapons capable of attacking the US electrical grid and intends on using them in a first-strike scenario, calling China’s “No First Use” policy “a bodyguard of lies and disinformation.”

According to a June 10 report by the EMP Task Force on National and Homeland Security, China has developed three kinds of specialized nuclear weapons capable of delivering a massive electromagnetic pulse (EMP) that would knock out US electrical systems as a prelude to a full-scale attack.

“China’s alleged nuclear ‘No First Use’ doctrine, like the USSR’s during the Cold War, is almost certainly disinformation,” Peter Pry, the task force’s executive director, writes in the report.

Pry argues that considering China’s defensive capabilities and methods of detection, a “No First Use” policy “does not withstand the test of common sense.”

For example, China doesn’t have the same kind of ballistic missile early-warning systems and satellites detection systems as the US that could alert it to such an inbound attack, and its small nuclear arsenal - estimated at 320 nuclear warheads this past January by the Stockholm International Peace Research Institute (SIPRI) - would suffer a large percentage of losses in such a first strike, whether it comes from the US, Russia or even India.

In order to deliver such an attack, China’s People’s Liberation Army (PLA) has at least three methods, according to the report. One is a “Super EMP,” or a nuclear warhead designed to maximize the electromagnetic shockwave, rather than its raw destructive power. Such a weapon could be detonated high in the atmosphere - the US knows because it tested just such a weapon in the 1962 “Starfish Prime” test - and disable electronics devices for a large radius around it, from computers to power grids to aircraft in flight.

A second delivery method mentioned in the report is a hypersonic weapon, either a glide vehicle or cruise missile capable of traveling so fast that enemy air defenses cannot intercept it. China is believed to have created at least two hypersonic weapons.

The third kind of weapon is more theoretical, and Pry presents it as a logical possibility that China is technically capable of doing: mounting EMP nuclear weapons on satellites in orbit.

“The US should be very concerned about a scenario where China uses nuclear space weapons, perhaps ICBMs [intercontinental ballistic missiles] and IRBMs [intermediate-range ballistic missiles] with specialized warheads, to quickly sweep the skies of US satellites, even at the risk of losing PRC [People’s Republic of China] satellites, which could then be replaced with a surge of satellites launched by China to capture the ‘high frontier’ and cripple US military capabilities,” Pry said.

According to the report, Chinese hackers have stolen the technologies for all these weapons from the United States.

The Trump administration has based arguments underpinning the creation of the US Space Force (USSF) on a response to moves by other nations, which have ostensibly already militarized space.

USSF Vice Commander Lt. Gen. David Thompson told the Mitchell Institute Space Power Forum last month, “It was not our choice to make space a warfighting domain. Our adversaries have made it very clear that they intend to limit or remove our use of space in crisis and conflict, and just as in every other domain, we will not allow that to happen, we can’t allow that to happen in space.”

It’s not clear how either Russia or China have done that, as even Pry’s argument is theoretical, but what is clear is that the US has long explored how to do so. As Sputnik has reported, the potential use of offensive satellite-based weapons goes back decades, to the testing of a particle beam in 1989, the testing of an anti-satellite missile in 2008 and even “Project Thor,” a kinetic energy concept weapon that would have dropped tungsten rods from satellites onto unsuspecting targets below, delivering the force of a nuclear strike without the radiation or the possibility of being intercepted.

Interestingly, Pry misses the obvious points that these horrible weapons would not exist if the US had not created them, and that the US was clearly just as much of a threat when it developed such technologies as he alleges China to be now that it’s stolen them. Moreover, Pry twists China’s obvious steps to avoid a nuclear arms race by keeping a small nuclear stockpile into proof that China somehow intends to use it.

The only conclusion is that Pry believes that US possession of 5,000 nuclear weapons somehow makes it less likely they will be used. But if anything, that just feeds the argument made by Chinese nationalists that Beijing should dramatically expand its nuclear stockpile - something Pry would undoubtedly twist into yet additional proof of China’s aggressive intent.