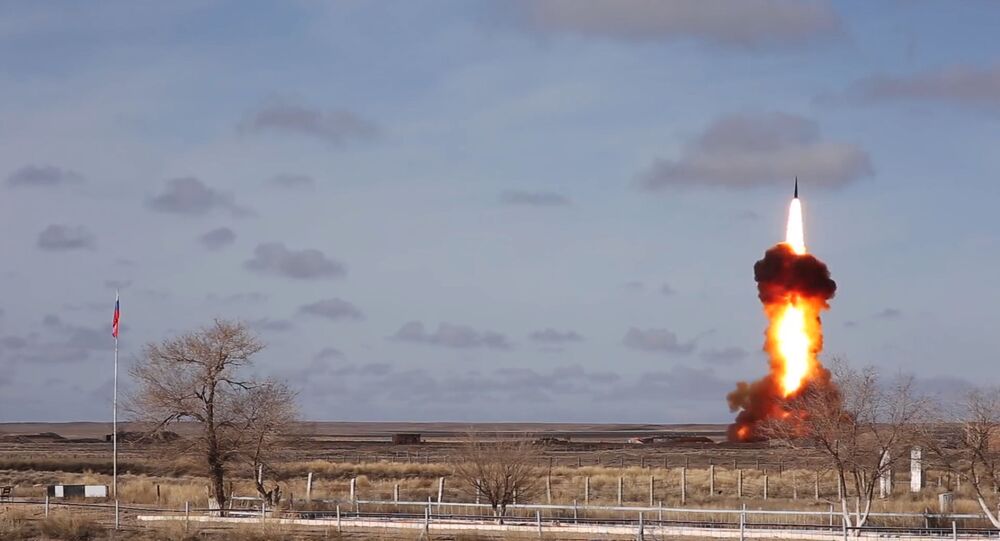 Moscow Will Be Able to Sleep Soundly With Its Next-Gen Missile Shield: Here’s Why

The Russian military has been extremely tight-lipped about the development of a successor to the A-135 Amur anti-ballistic missile system, which has guarded the skies of the Russian capital for the past 25 years now. Still, occasionally a bit of information gets through, enabling observers to piece together details about the system’s capabilities.

Moscow’s work to create a missile defence system for the capital was allowed under the terms of the Antiballistic Missile Treaty, a 1972 agreement between the Soviet Union and the United States which placed limitations on the number of anti-ballistic complexes each country could produce to two, armed with up to 100 anti-ballistic missiles apiece.

Work on the A-235 was frozen in the 1990s due to lack of funds and warming relations between Moscow and Washington, but restarted in 2011 by Almaz-Antey, nine years after the Bush administration unilaterally terminated the ABM Treaty.

In the years since, the A-235, codenamed the ‘Nudol’ (presumably after the Nudol River in Russia’s Moscow region), has become one of the most closely-guarded secrets of the Russian defence industry.

Key facts about the system:

Amur No Slouch Either

Although the A-235 is expected to be a significant improvement over the A-135 Amur, the current system is no slouch when it comes to protecting the skies around Moscow. The A-135 features a fully automated target detection and tracking system, including the ability to distinguish between real and potential dummy warheads. The system has received multiple upgrades, taking particular advantage of the miniaturization of components made possible in the 2000s.

Commenting on the Nudol’s expected capabilities, Viktor Murakhovsky, editor in chief of Arsenal of the Fatherland, a Russian military magazine, speculated that functionally, the A-235 will essentially be a deeply modernized version of the A-135, with the system’s primary mission remaining the same: the defence of Moscow and the central Russian industrial region from ICBM attack.

As for the Nudol’s expected anti-satellite capabilities, the observer noted this would be a very welcome feature, “because the US’s intention to deploy new weapons systems in space is very worrying. The Nudol effectively counters such threats.”

Plans to make the A-235 mobile are also important, according to Murakhovsky, given the Pentagon’s ‘Prompt Global Strike’ initiative – the concept of a massed precision-guided conventional airstrike meant to decapitate an opponent’s ability to retaliate to an attack without resorting to the use of nuclear weapons.

© Sputnik / Kirill Kallinikov
An officer inside the command center of the Don-2-N multirole radar near the town of Sofrino in the Moscow Region
...
Reddit
Google+
Blogger
Pinterest
StumbleUpon
Telegram
WhatsApp
1201