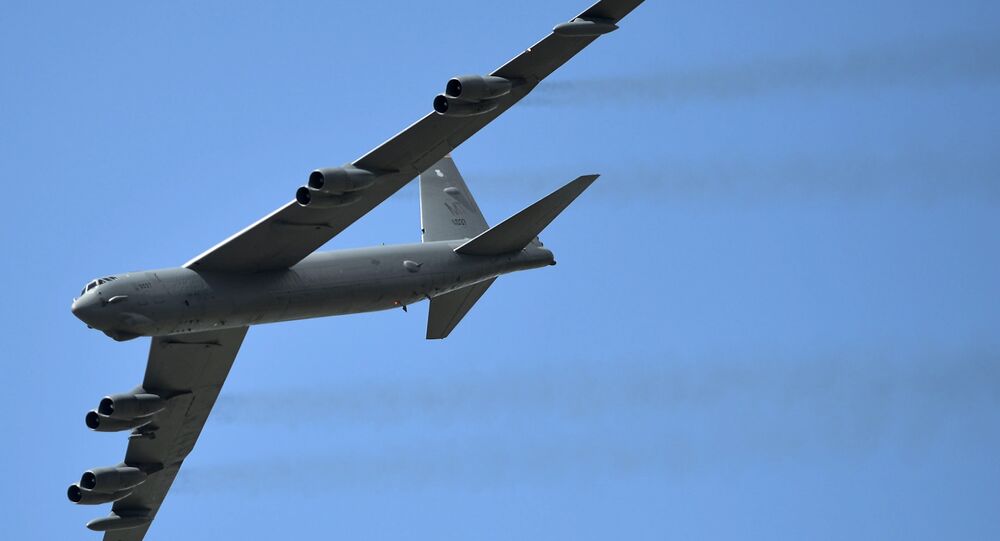 US Quietly Withdraws All Bombers From Guam, No Replacements in Sight

The US Air Force has quietly ended its 16-year-long continuous bomber deployment to the western Pacific island of Guam. When five B-52 Stratofortress bombers returned to the US on Thursday, no aircraft arrived to replace them. The Pentagon has offered no explanation.

Since 2004, the Pentagon has carried out what it calls the Continuous Bomber Presence (CBP) mission, in which it maintains a wing of strategic bombers on the Philippine Sea island. However, for the first time in 16 years, there are no US bombers on Guam.

Online aircraft tracker AircraftSpots reported the departure of five B-52H Stratofortress bombers from Andersen Air Force Base on Thursday, but according to The Drive’s The War Zone, no aircraft have yet arrived to replace them. Alongside B-52s, the Air Force has previously stationed B-1B Lancers and B-2 Spirit bombers, the latter of which is capable of carrying nuclear weapons, as is the B-52.

​The incident is all the more remarkable since the huge jets participated in an “elephant walk” show of force earlier this week - albeit without the one-by-one rapid takeoff.

US Air Force Major Kate Atanasoff, a US Strategic Command (STRATCOM) spokesperson, told The War Zone that US bombers would continue to “operate forward in the Indo-Pacific region from a broader array of overseas locations … at the timing and tempo of our choosing.”

© REUTERS / Erik De Castro
A view of U.S. military planes parked on the tarmac of Andersen Air Force base on the island of Guam, a U.S. Pacific Territory, August 15, 2017

When the CBP mission began in 2004, the US was dedicated to waging a global War on Terror and had invaded Iraq the previous year, which then-US President George W. Bush identified as part of an “Axis of Evil” spreading terror around the world alongside Iran and the Democratic People’s Republic of Korea (DPRK). The US was also applying extensive pressure to the DPRK via the Six-Party Talks in an effort to halt that country’s burgeoning nuclear weapons program. Just two years later, the DPRK tested its first nuclear weapon.

However, in 2018, the Pentagon outlined a new strategic shift away from the War on Terror and toward “inter-state strategic competition” with Russia and China, and just months later, an unprecedented thaw in relations with the DPRK saw Pyongyang and the US begin to talk seriously about peace for the first time in decades.

According to Atanasoff, the shifting of bombers away from Guam is in line with that new National Defense Strategy as well as “Dynamic Force Employment,” as Air Force Global Strike Command calls it, in which the Pentagon makes sudden and unannounced shifts in force deployments to keep adversaries on their toes.